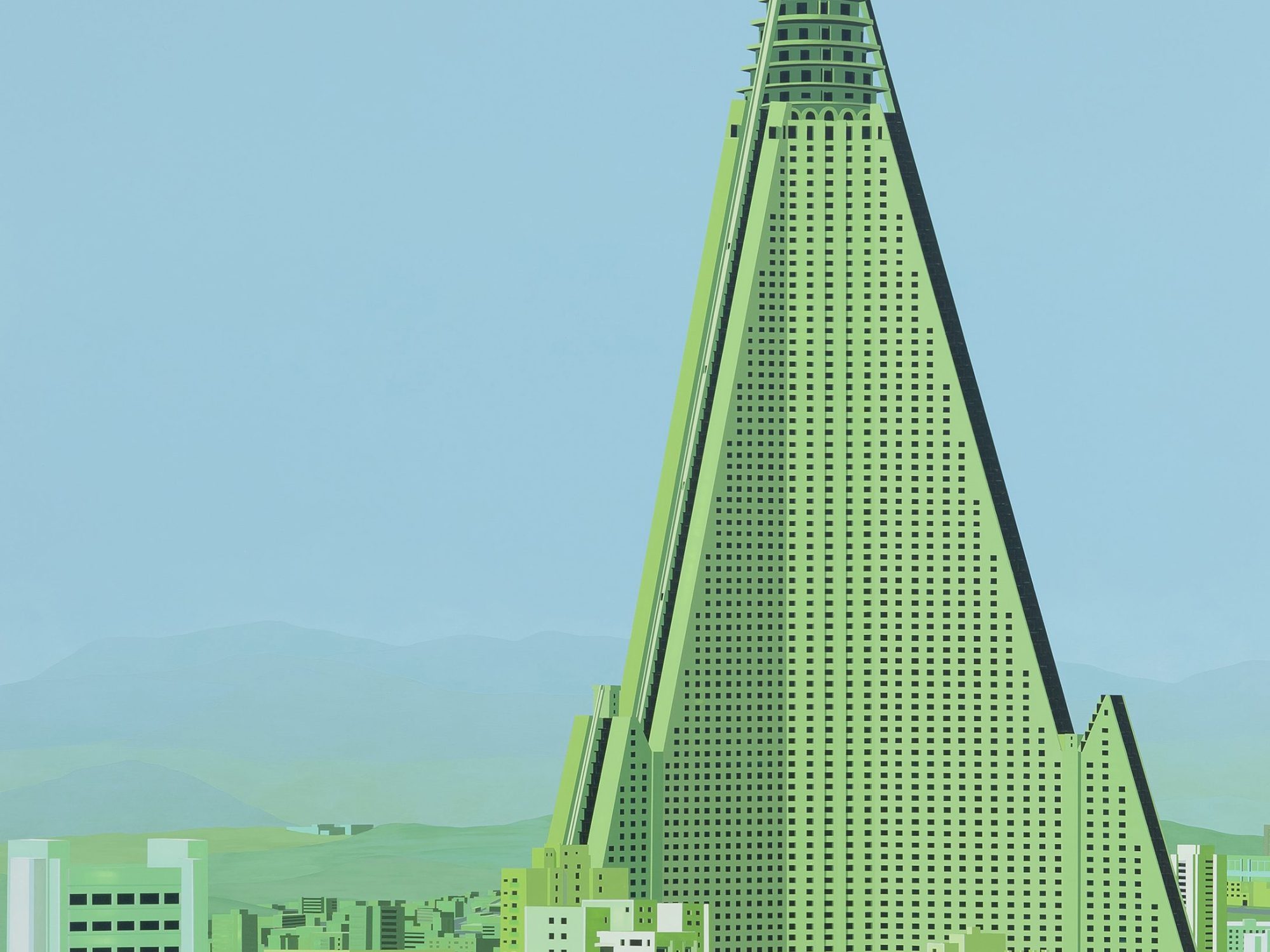 Originally from Ulm, Germany, Daniel Rich (born 1977) is a Brooklyn-based artist who explores the geometric grandeur of modern cities as manifested in concrete, steel and glass through his paintings. But Daniel’s practice is not about mere imitation and reproduction. Rather, he intends to go deep into the heart of the intellectual forces that make our urban ecosystems possible. The artworks show the impressive capabilities of humankind, revealed through complex buildings and towers that aim to touch the sky, but they also display the unsettling mental monotony that modern individuals might easily give in to. Once a thought system, a certain way of doing things is adopted, it goes on being (unthinkingly?) multiplied and multiplied—and hardly is it challenged or changed.

The artist writes: “I translate photographs into paintings that call attention to implicit political and social narratives transcribed in the built environment. The architectural image is represented in my work to introduce a dialogue about changing political power structures, failed utopias, the impacts of ideological struggles, war and natural upheavals. I am interested in the highly symbolic role architecture plays in politics and its power to function as an icon of our lived experience, a portrait of an existential phenomenology whose features manifest where society is at one particular moment in history.”

Daniel’s interest in the built environment and architecture developed out of his love for history and his background in skateboarding and graffiti. His work is guided by his interest in the events that shape our world every day. He happens to be a big consumer of the news, independent journalism, socio-political research and historical scholarship.

He adds: “My paintings point to the shifting of the significance and meaning in both images of places and the places themselves. My interest in the potential divergence and duality of images and the media’s role in covering and presenting issues to the public is closely tied to a pictorial architecture, and its ability to act as an icon for political, religious and social systems and beliefs. I collect and appropriate photographs I find on the Internet and in newspapers, in response to radio and television broadcasts, and through research and reading. The mediated image is painted in order to invest the picture with the capability to function as a signifier and to evoke meaning and discourse.”

Daniel moved to the US when he was 19 in 1996. He attended the Atlanta College of Art, initially choosing graphic design and later switching to painting and printmaking. He received his MFA in painting from the School of the Museum of Fine Arts at Tufts University, Boston. He maintains studios in Brooklyn and North Carolina and is currently working on an exhibition for his gallery (Peter Blum, New York) scheduled for April, 2018.