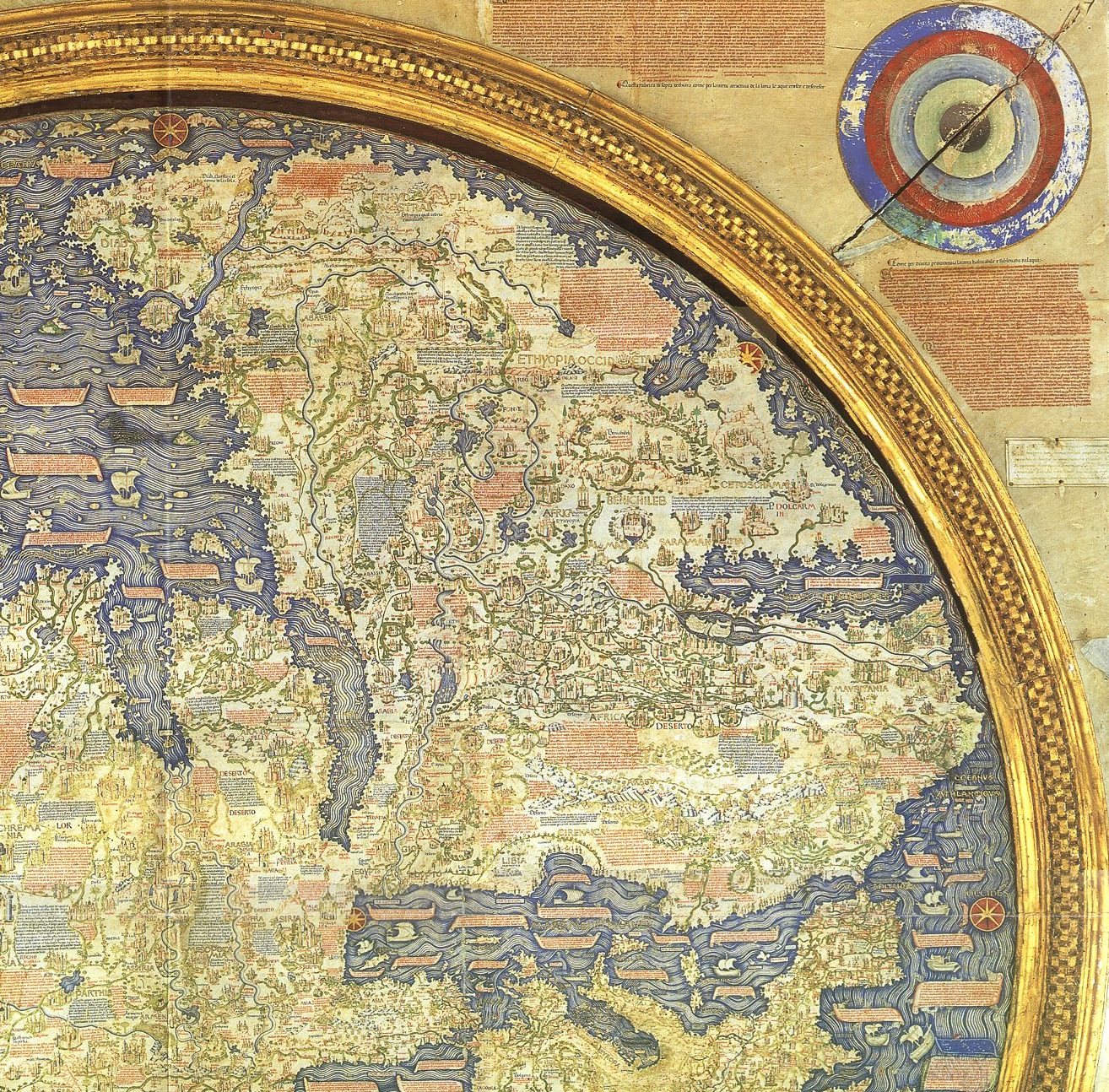 Not many people have heard of him but the Alexandria, Egypt-born 6th-century Greek merchant, traveller (later monk) Cosmas Indicopleustes may have achieved the feat of travelling through India all the way to modern-day Sri Lanka during the reign of the Byzantine emperor Justinian I (482-565 AD, ruled from 527 till death). “Cosmas Indicopleustes” literally means “Cosmas who sailed to India”. A self-educated man, Cosmas was a member of the Nestorian Christian tradition of the larger Eastern Orthodox Church and around 550 AD, composed a work called Topographia Christiana (“Christian Topography”) in which he laid out his theory of a flat earth. The (mis)conception of the earth as flat had been part of several ancient societies but the idea of the earth as a sphere began to appear as early as the 6th century BC with the philosopher and mathematician Pythagoras and was transmitted by way of Aristotle and others (among them Erastosthenes of Cyrene who even went on to estimate the circumference of the earth) into medieval Europe and beyond. References to a spherical earth are found in the works of several Christian scholars of the middle ages – among them Isidore of Seville, Bede the Venerable, Thomas Aquinas and Dante Alighieri. The idea that pre-Age-of-Discovery European thinkers overwhelmingly and naively believed in a flat earth is a lie that continues to be perpetuated in school-level textbooks (and even in the media). Cosmas Indicopleustes is an anomaly not the tone-setter in this matter.

The late historian of science David C. Lindberg (1935-2015) explained the problem well in his pioneering 1992 book The Beginnings of Western Science: The European Scientific Tradition in Philosophical, Religious, and Institutional Context, Prehistory to AD 1450:

Converted to Christianity, he [Cosmas] was persuaded by certain biblical passages, literally interpreted, that the earth was flat – a flat rectangle, covered with a vault containing the stars and planets. He developed this theory in a book, Christian Topography, in which he employed a variety of arguments in defense of his theory of the flat earth. Cosmas was not particularly influential in Byzantium, but he is important for us because he has been commonly used to buttress the claim that all (or most) medieval people believed they lived on a flat earth. This claim…is totally false. Cosmas is, in fact, the only medieval European known to have defended a flat earth cosmology, whereas it is safe to assume that all educated Western Europeans (and most one hundred percent of educated Byzantines), as well as sailors and travelers, believed in the earth’s sphericity. The myth of pre-Columbian belief in a flat earth, finally laid to rest by Columbus, was the invention of the American essayist Washington Irving, writing in the 1820s.

More information on Cosmas can be found in this essay hosted by the University of Heidelberg (German) – “The World According to Cosmas Indicopleustes – Concepts and Illustrations of an Alexandrian Merchant and Monk” by Stefan Faller of Albert-Ludwigs-Universität, Freiburg.

Anyway, this blog post isn’t on Cosmas. I began with him to show that claims such as his of a flat earth were strongly resisted in pre-modern Europe. One big piece of pictorial proof is a map of the world created by the Italian monk and cartographer Fra Mauro (1390-1459) between 1448 and 1453, a kind of late medieval and early Renaissance project. Because it was made before Columbus’s voyages, the map contains no America (or, for that matter, Australia or Antarctica). But Europe, Africa and Asia are fairly accurately featured on a proper sphere (not a circular disc). Also, since the map was created before Nicolaus Copernicus (1473-1543) proposed his heliocentric model, it is the earth here that is the centre of universe. The biblical account of Creation is presented in the bottom-left corner.

In the book Mapping Our World: Terra Incognita to Australia (2013) -published to complement a major cartographic exhibition at the National Gallery of Australia, Canberra – it is mentioned that the Fra Mauro map:

uniquely fused three predominant medieval map forms – the portolan chart, the mappamundi and the Ptolemaic atlas – with knowledge drawn from the latest maritime exploration to create what was, in effect, a compendium of current knowledge about the world. It is both an authoritative cartographic source and a supremely imaginative and beautifully realised vision of the world in the pre-Columbian period…

The extraordinary amount of handwritten text that Fra Mauro and his associates applied to the map is both daunting and dazzling. The map is annotated with approximately 3000 inscriptions – some of which were pasted onto the surface later as new information came to light. These inscriptions were written in the Venetian dialect, rather than in the more usual Latin, to ensure its appeal to the widest possible local audience, not just clerics and scholars. However, Fra Mauro’s reliance on this dialect also reflects the economic and political eminence of Venice in the Mediterranean at the time. In decorative panels scattered across the surface of the map, there are 200 lengthy passages describing voyages, discoveries and biblical stories; the remaining inscriptions consist of toponyms, or place names. One of Fra Mauro’s small inscriptions – ‘Qui comenza el mar scuro’ (Here begins the dark sea) – is located at the southern extremity of Africa (where the Atlantic and Indian oceans are shown to converge), opposite the red/gold rosette for ‘Auster’, or the south wind. These evocative words summon up the great expanse of unknown sea between Africa and, ultimately, Terra Australis. And while Australia is neither marked on this map nor even hinted at, by placing his map in the continuum of discovery, cartographic innovation and imagination, Fra Mauro anticipates the future – it would be less than 200 years before New Holland began to emerge progressively on Dutch charts.

A video from the National Library of Australia:

You can also check out this page on Fra Mauro’s map from the British Library created for a 2010 exhibition called Magnificent Maps: Power, Propaganda and Art.

Worldly Consumers: The Demand for Maps in Renaissance Italy (2015) by Genevieve Carlton

Mapping the World: The Story of Cartography (2015) by Beau Riffenburg