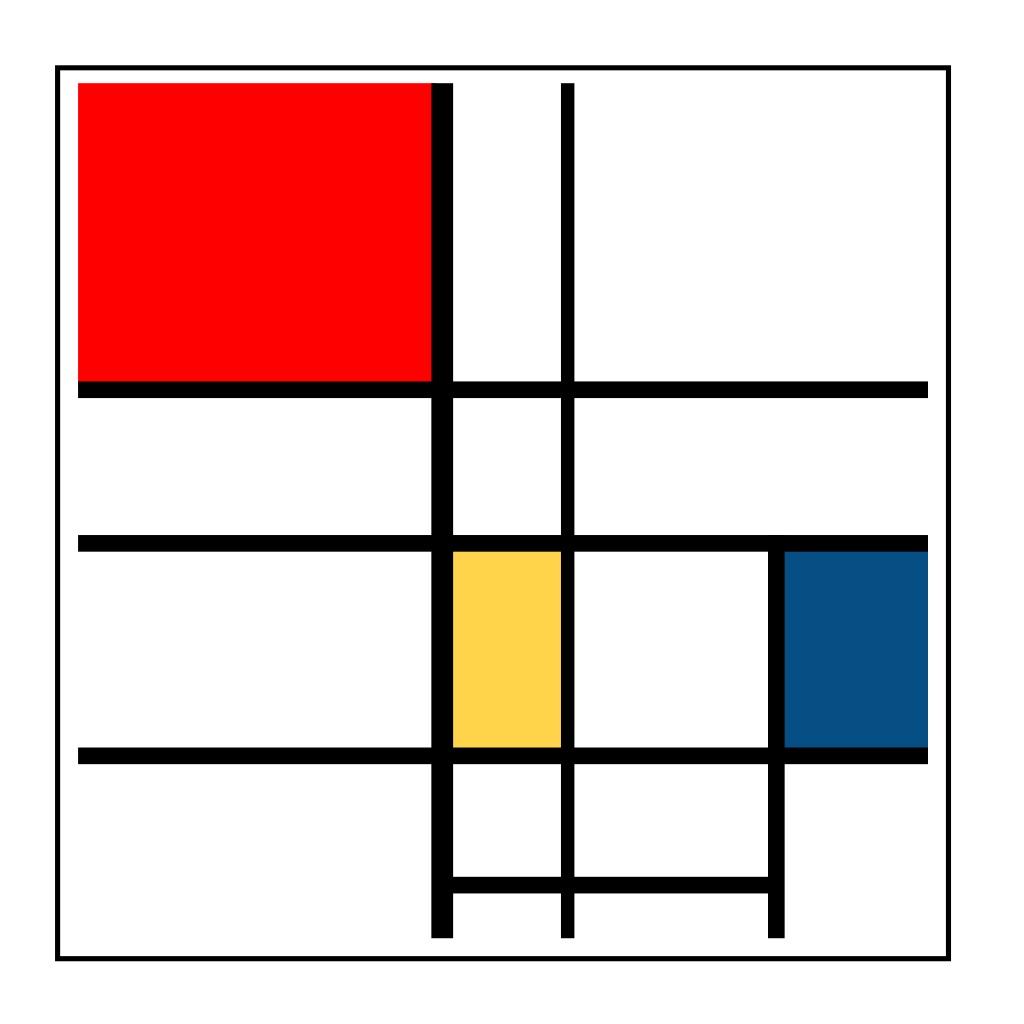 Many of us have encountered the pattern – blocks of primary colours randomly situated amid a strict geometry of verticals and horizontals – on walls or furniture or curtains or clothes. What does it mean and where did it originate?

The design belongs to the Dutch De Stijl (literally “The Style”, also known “neo-plasticism”), a movement that was founded in Amsterdam in 1917 by Piet Mondrian (1872-1944) and Theo van Doesburg (1883-1931), two pioneers of abstract art. (Read about another pioneer of abstract art, the Russian painter Wassily Kandinsky (1866-1944), here). Other members of the group were the painters Bart van der Leck and Vordemberge-Gildewart, the sculptor Georges Vantongerloo and the architects Gerrit Rietveld, Robert van ‘t Hoff and Jacobus Oud.

Originally a publication, De Stijl was, in large part, a reaction to the devastation of World War I. Artists associated with the movement aimed to develop a universal language of art that could transcend different geographic and temporal boundaries and appeal to a broad, cross-cultural international audience. Pure abstraction symbolising peace and harmony was reached only through minimal essentials of line and shade. In Western thought, geometry has often been associated with spirituality but such an elevated appropriation of colour had not been seen before.

In a video for Tate, Professor Michael White of the University of York demonstrates a Liverpool-based reconstruction of Mondrian’s French studio, which he occupied from 1921 to 1936 and which become one of the most celebrated places in inter-war Paris. White says that Mondrian was posing an interesting question: “Can you use colour as itself and not to stand for anything else? If you made yellow into a circle immediately people would start making associations with the sun or something like that. So he decides the only way forward is to paint in areas of perpendicular relationships.”

De Stijl, when it started, stated that its goal was “the organic combination of architecture, sculpture and painting in a lucid, elemental, unsentimental construction.” A manifesto of 9 points was formulated in 1918:

A selection of De Stijl artworks: