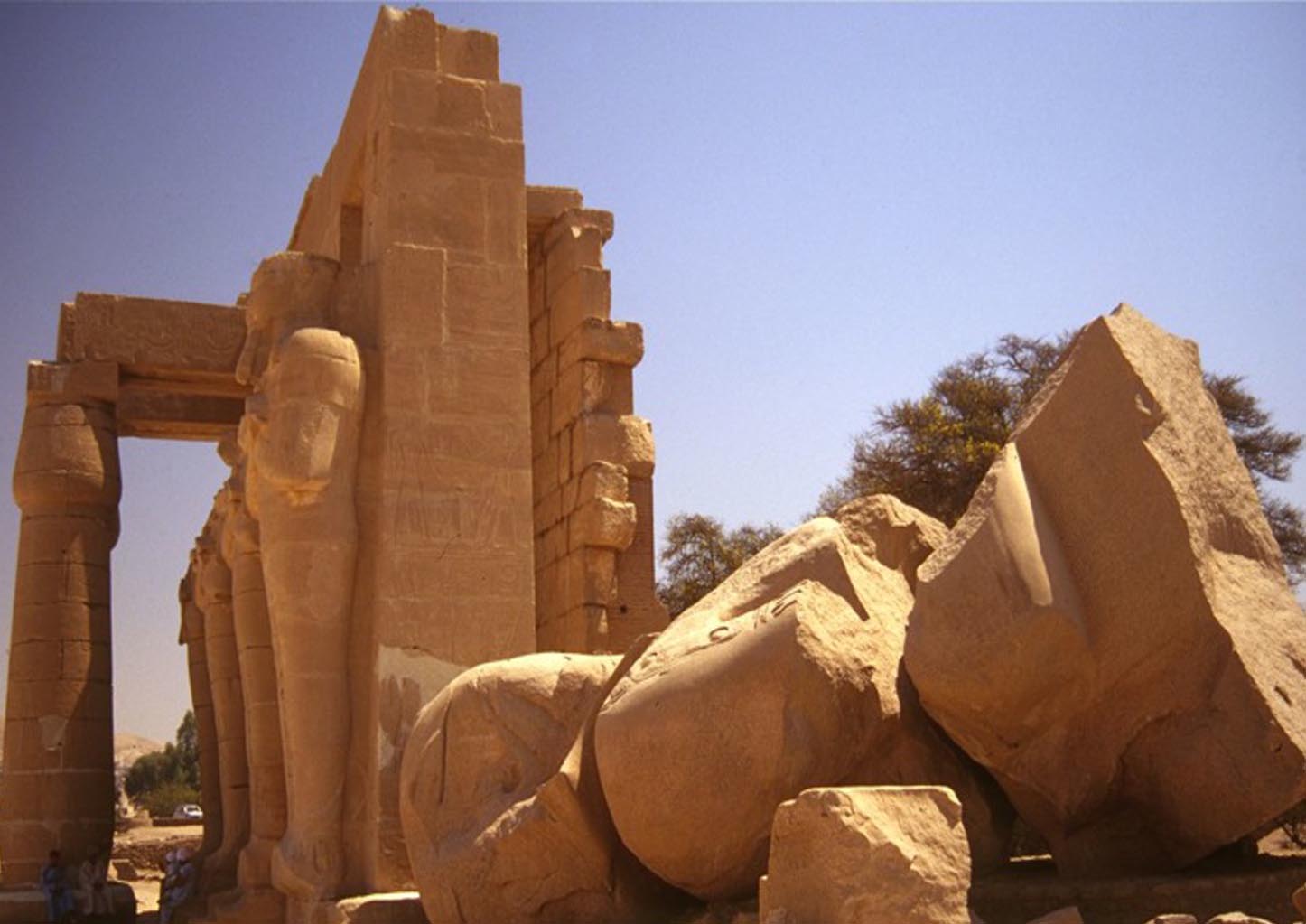 Around 1817, a large fragment of a statue of the Egyptian pharaoh Ramesses II arrived at the British Museum in London, which is said to have inspired the English romantic poet Percy Bysshe Shelley (1792–1822) to write a sonnet called “Ozymandias” (Greek name for the pharaoh). One of Shelley’s most famous works, the compact piece of poetry is a profound meditation on the inevitable decline of worldly power. It is frequently used by the Indo-Canadian Christian apologist Ravi Zacharias in his writings and lectures and was recently incorporated by Australian author Richard Flanagan in his 2014 Man Booker Prize-winning novel on the Burma Death Railway The Narrow Road to the Deep North.

I met a traveller from an antique land
Who said: “Two vast and trunkless legs of stone
Stand in the desert. Near them, on the sand,
Half sunk, a shattered visage lies, whose frown,
And wrinkled lip, and sneer of cold command,
Tell that its sculptor well those passions read
Which yet survive, stamped on these lifeless things,
The hand that mocked them and the heart that fed:
And on the pedestal these words appear:
‘My name is Ozymandias, king of kings:
Look on my works, ye Mighty, and despair!’
Nothing beside remains. Round the decay
Of that colossal wreck, boundless and bare
The lone and level sands stretch far away.

Below (1): Statue of Ramesses II at the British Museum by User “BabelStone”, CC BY-SA 3.0, Wikimedia Commons

2 thoughts on “My Name is Ozymandias”