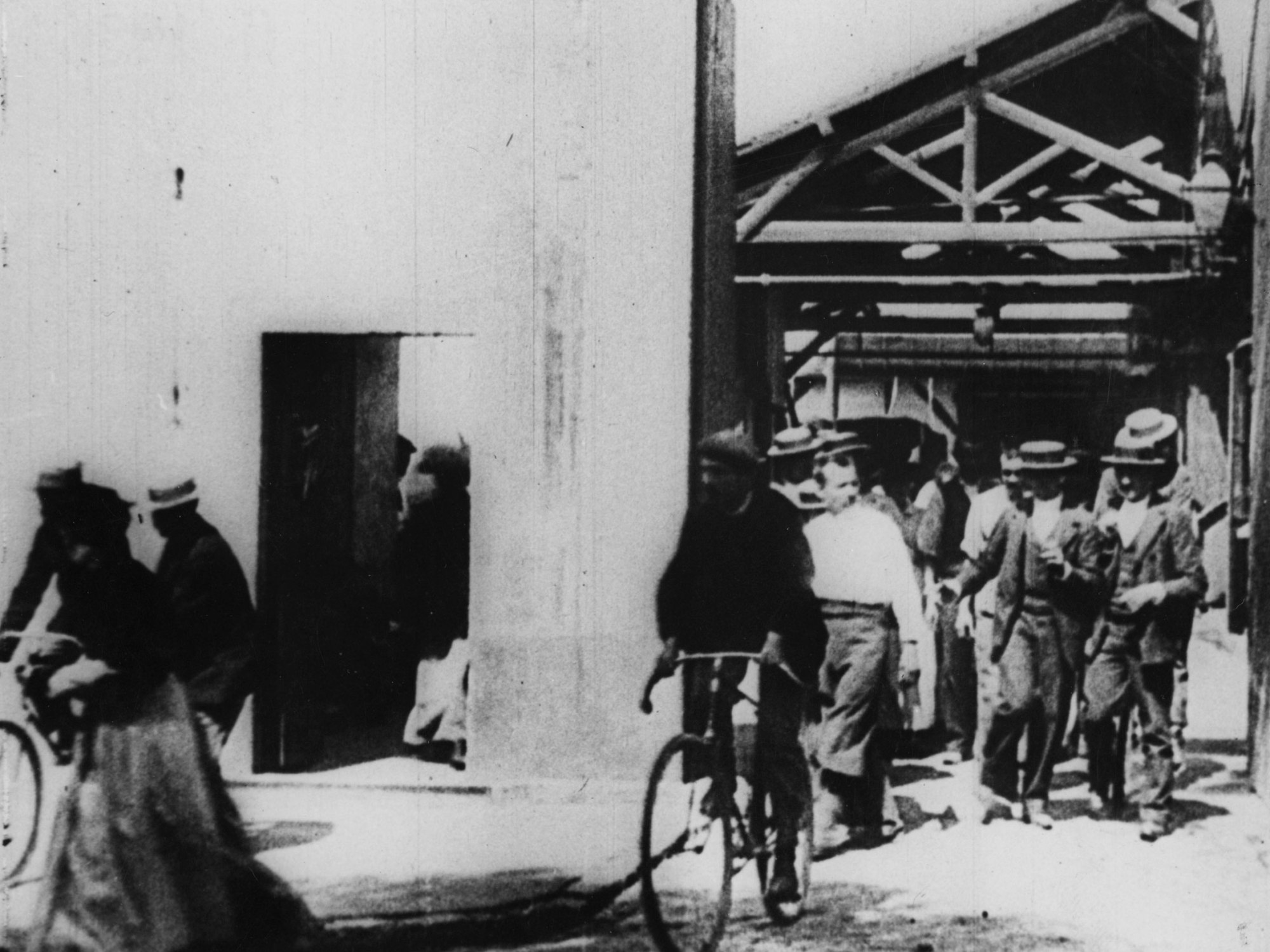 Where did cinema originate? In France, the nation of cinephiles or in America, the present world leaders? Renowned film writer Peter Kobel says that although both lay claim to the invention of cinema “the birthright of film cannot fairly be credited to any one individual or nation”. Film sprang from a mix of art and science, business and technology. Three things were essential to developing projected motion pictures as we know them today:

It was in the 1890s that the race to achieve the goal reached a fever pitch and it was France that first crossed the finish line.

On March 22, 1895, the brothers Auguste and Louis Lumière gave a historic public showing of a projected film (the instrument did not yet have a name but later became known as the Cinématographe) at the Sociétè d’Encouragement pour I’Industrie Nationale. Louis Lumière showed a number of slides, some of them colored. But the small audience was more interested in the brothers’ short film, called Leaving the Lumière Factory. The wonder-filled audience demanded that the film, which depicted workers leaving the Lumières’ Lyons factory at dinnertime, consisting of some eight hundred photographs and lasting one minute, be shown again.

~ Peter Kobel, Silent Movies: The Birth of Film and the Triumph of Movie Culture (2007)

Leave a Reply to Tulika B. Cancel reply