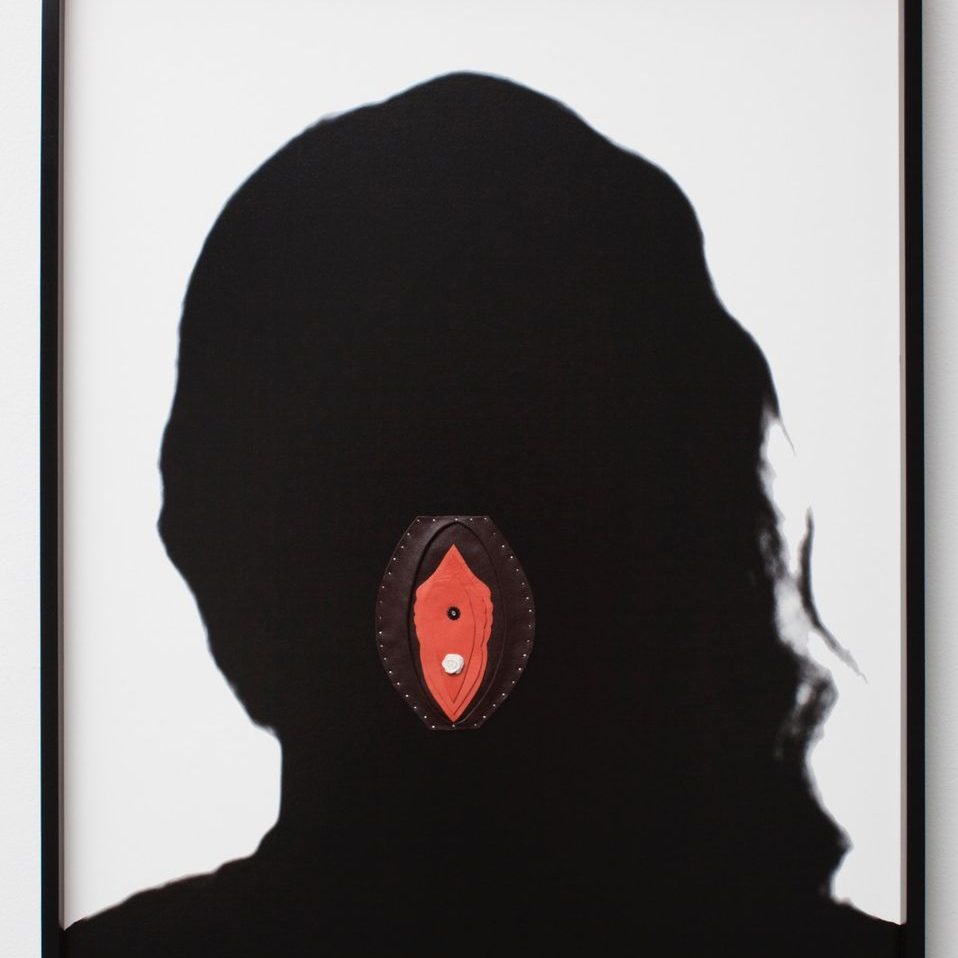 Growing up, I was a big reader of Reader’s Digest. It was a very interesting window to the world during a time of limited internet connectivity. My dad would say this magazine “never gets old”. You can pick up any copy at any moment and find something extraordinary. Sometime in 2004, when I was 14 or 15, and in the 9th grade, I happened to go through the magazine stack in my study and randomly open the June 1999 edition. It had a personality on the cover who was unfamiliar but attractive, with the words “Silent No More”—I was instantly drawn.

This was a supermodel by the name of Waris Dirie (born 1965), famous in the 80s and 90s—and her story was truly the stuff of dreams. Hailing from a nomadic tribe of the Somalian desert, she had reached London as a teenager, as a maid to her maternal aunt and her husband, who was then the Somalian ambassador to the UK. When the diplomatic term ended and her relatives had to go back, she sealed her passport in a plastic bag and buried it in the garden, saying, “Just leave me here. I’ll be fine.”

Left behind, all alone, she began working at McDonald’s and learning English. At 16, she was discovered by a photographer—Mike Goss, who put together her portfolio and secured representation when there were still virtually no black models in Britain. Her career took off by 1987. Soon she was posing for Pirelli Calendar, endorsing L’Oréal and appearing in Vogue.

But Dirie didn’t write her story for self-congratulation over her professional success. Her struggles had been as low as her triumphs had been high. At thirteen, she had escaped an arranged marriage to a 60-year-old who had agreed to offer her father “five camels”. During her journey across the wilderness she had come face-to-face with a lion. Before moving to the UK, she had laboured as a construction worker in Mogadishu under the merciless African sun. But the worst event had transpired at the age of just five—and it had led to her second vocation as a human rights activist later in life. (See her “Desert Flower Foundation”.)

In the article, she explains: “The prevailing wisdom in Somalia was that there are ‘bad things between a girl’s legs’. A woman was considered dirty, oversexed and unmarriageable unless those parts were removed. Then the wound was stitched shut, leaving only a small opening and a scar.”

Then she continues: “Paying the gypsy woman for this circumcision is one of the greatest expenses a household will undergo, but is considered a good investment. Without it the daughters will not make it onto the marriage market. The actual details of the ritual cutting are never explained to the girls—it’s a mystery. You just know that something special is going to happen when your time comes. As a result, all young girls in Somalia anxiously await the ceremony that will mark their becoming a woman. Originally the process occurred when the girls reached puberty, but through time it has been performed on younger and younger girls.”

As a teenager, I found Dirie’s description of the violence of Female Genital Mutilation (FGM) mind-numbing and nauseating. It was one of the most disgustingly graphic things that I’d read. I remember sharing the story with my friends in school. One of them said—“So it’s like you can’t enjoy sex?” Well, it was much more than that. Not only was intercourse painful and childbirth more complicated than usual, even daily urination was an ordeal. It came out drop by drop.

The World Health Organisation classifies FGM into four broad categories—Type I: Partial or total removal of the clitoris and/or the prepuce, Type II: Partial or total removal of the clitoris and labia minora, with or without excision of the labia majora, Type III: Narrowing of the vaginal orifice by cutting and bringing together the labia minora and/or the labia majora to create a type of seal, with or without excision of the clitoris. In most instances, the cut edges of the labia are stitched together, which is referred to as ‘infibulation’ and Type IV: All other harmful procedures to the female genitalia for non-medical purposes, for example: pricking, piercing, incising, scraping and cauterisation.

The prevalence of FGM varies greatly—it is mostly found in Africa, the Middle East and Southeast Asia. Reasons are many: control of sexuality, achievement of local ideals of “hygiene” or “modesty”, among others. It might seem at first that the practice is related to Islam, but it predates it. The beginnings are obscure. One academic writes that “some scholars have proposed Ancient Egypt (present-day Sudan and Egypt) as its site of origin, noting the discovery of circumcised mummies from fifth century BC.”

Had I not engaged with the Reader’s Digest narrative, I would not have fully understood the importance of the work of artists who have been trying to raise awareness of this issue. The ones curated here use photography, painting, sculpture and other media to explore personal stories and medical procedures, pain and humiliation. They also celebrate the strength of womanhood and take pride in the female body.

These artists are mainly part of the UK-based “Artists Against FGM” network, a couple of them have been mentioned on the site No FGM. Take a look!

In her project “Unsterile Clinic”, Silvestri has chosen to take an aesthetic approach in order to reduce the intensity of the subject matter. Beads and flowers are stitched onto soft leather to resemble the subjects’ skin colours in order to create the different types of FGM. These are then attached onto the mouth areas of subjects’ silhouette portraits. The leather pieces show the various stages of tissue removal where cutting took place; the portraits are accompanied by short poems from interviews highlighting their FGM experiences. It is her hope that this approach will make it more accessible to a wider audience.

“Braided Vessel” shows an African water jar, a beautiful, handmade, and life-saving object. Colours are: natural, deep green, and sandy, desert-like yellow.  When the painting was finished it was cut with a knife and left with visible puncture. So there is a real, sharp hole in the middle.

The work takes its name from “Little Stitches”, a set of four short plays that look into the human stories behind Female Genital Mutilation. Produced by BAREtruth Theatre Company, in London 2014, the show toured Theatre 503, Arcola and the Gate Theatre. In this artwork, Carr has used verbatim text from Felicity’s story, Where Do I Start? by Raul Quiros Molina, one of the plays in “Little Stitches”. It was drafted from interviews from FGM survivors, activists and nurses.

The text from Felicity’s monologue has been transposed into a different medium to create a 3D artwork. Written onto a child’s dress, ingrained using a pencil, it is intended to be both direct and thought provoking. The piece has been created in response to the line, ‘they gave us presents, nothing too special, these girly, puffy dresses, because the dresses got spoilt with all the blood afterwards’. A new dress, for most little girls is usually something to cherish, to feel pretty in, play at being a princess in. The words tell a different story. For the purpose of this 3D artwork and artistic license, some text is repeated or emphasised, although none of the words have been changed.

“Obsolete Oath” is an iron cast sculpture that reveals how out-of-date and harmful FGM practice it. In order to create a piece in cast iron, the matter needs to be heated up to about 1200 degrees Celsius and then the hot lava is poured into the mould in order to create the final piece. Once ready, the final piece can be changed by using grinders and specialised tools. The process of making the piece reflects the process of building up a tradition and showing the difficulties of changing something that has been impregnated into cultures and societies. It shows that changes are necessary and we shouldn’t be discouraged if they happen slower than we would like them to.

“The Eden Garden” wall hanging is part of a project within which Capouskova explores the meaning of soft values such as attachments, memories and emotions. The collection consists of several original paintings that were digitally transferred onto pure silk with the aim to create pieces that radiate positivity and energy. The colours and shapes within the designs represent psychological journeying, capturing significant personal moments in an abstract way.

The pattern symbolises a place of inner happiness that is deeply rooted within us all. It is the unlimited source of unconditional love, creativity and acceptance we all have access to. A place of peaceful stillness we can trust and rely on, knowing that every situation we encounter provides us with an opportunity for personal growth and positive changes. The vibrant design was digitally printed onto 100% Silk, a material that appears delicate and soft on touch yet it is one of the strongest and most flexible of natural fibres. Similarly, women in many countries in today’s modern world are still perceived as fragile and vulnerable but in reality they are equipped with an enormous amount of personal strength and resistance.

Thurstun made this piece referencing orchids, flowers that can look like female genitals. There is a society called Orchid Project which has a vision of a world free of FGM, and her work referenced this: the mutilation of young girls. The title also references the “cutting season”. In this country it is the summer holidays, when young girls are mutilated. The piece shows flowers which have been cut and are bleeding. It is an exhortation to stop this barbaric ritual.

Reminiscent of shells and flowers the ceramic pieces symbolise cut and discarded female genitals. No two ceramic pieces are the same. No two female genitals are the same. They are presented pouring out of an old bucket and intermingled with hair and nail trimmings. These body parts are all cut to improve appearance, they are perceived to have no value and are consequently discarded.

“The Scourge” strikes the viewer not only with its bold, harsh pigments but its unequivocal symbols: the cowry (standing for both money and sex); the blade; the blood; and the perspective, foregrounding nether parts while reducing the head, organ of thought. The wasp waist makes a statement as well. Europe knew it, too, from the nineteenth into the twentieth centuries as a painful, health-destroying imposition on the female figure for (presumed) beauty’s sake.

In Northern Nigeria, the clearly Muslim patients wait for treatment for vesico-vaginal fistula, VVF, which some believe is more likely to occur in young victims of FGM. Incontinence follows on the death of tissue between the vagina and the rectum or urethra and, although in many (though not all) cases repair is relatively simple, most sufferers lack sufficient funds. VVF is one of the most horrendous sequelae of excision.