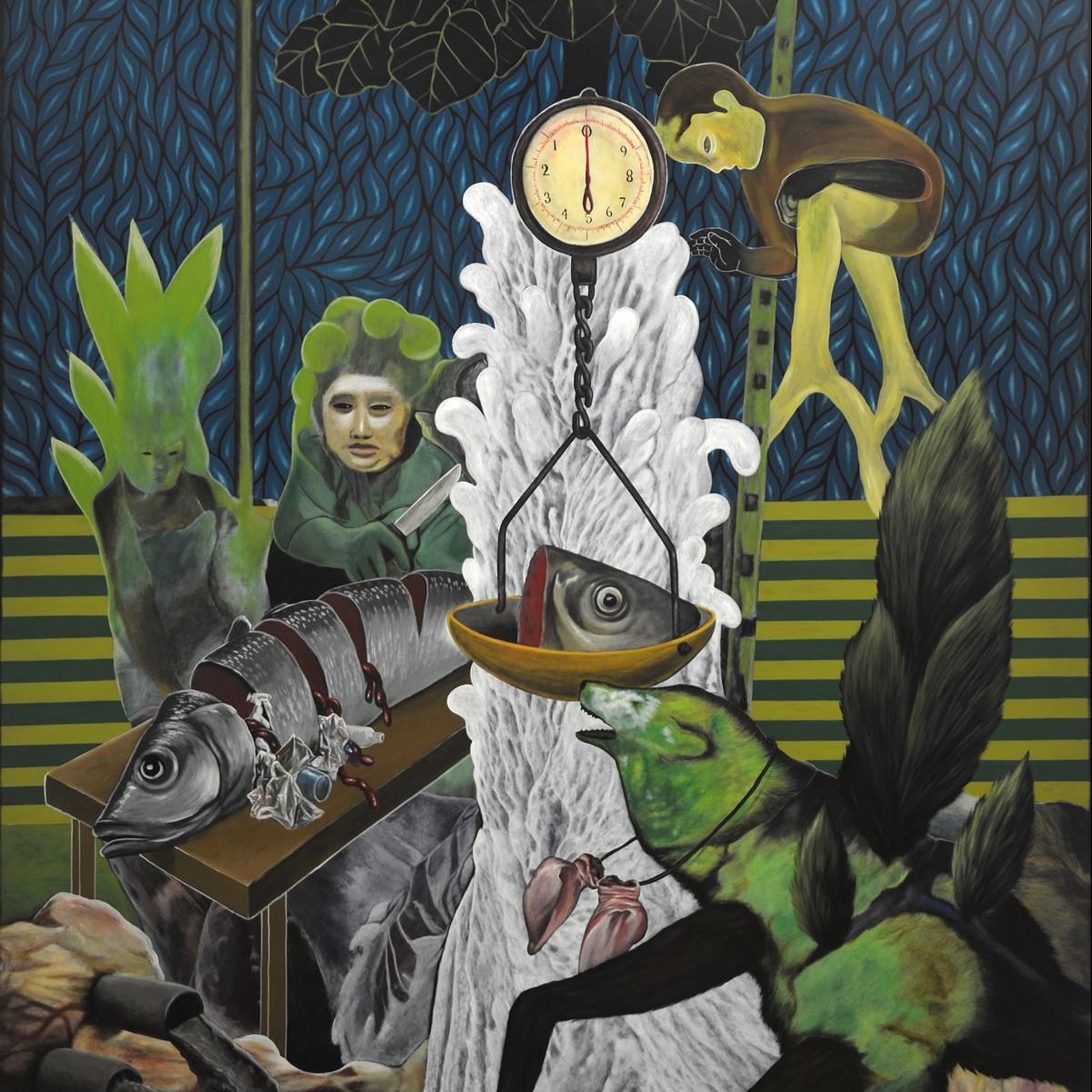 In a lecture titled “The Meeting of Myth and Science”—part of the book Myth and Meaning: Cracking the Code of Culture (1978)—Claude Lévi-Strauss (1908-2009), the Belgian-born French “father of modern anthropology” explained the historical split between “mythical” and “scientific” thinking. According to him, the real divorce occurred in the seventh and eighteenth centuries—with figures like Bacon, Descartes and Newton.

The world of scientific thinking turned its back on mythical and mystical traditions of older generations, dismissing them as the products of superstitious and primitive minds—and perhaps the split was necessary for a while, for science to truly flourish. The cold, hard arena of mathematical properties distanced and isolated itself from practices that ascribed meaning to existence in alternative ways, through the senses or intuition.

But then Lévi-Strauss, in his own time, began seeing a shift in intellectual life. He wrote: “My feeling is that modern science is not at all moving away from these lost things, but that more arid more it is attempting to reintegrate them in the field of scientific explanation.” He maintained that both science and myth were valid pathways of making sense of the world; one did not supersede the other. They were two separate and equally important, autonomous ways of thinking, rather than two stages in the evolution of thought.

Lévi-Strauss’s ideas provide an appropriate lens by which one can begin to read the work of acclaimed Filipino artist Rodel Tapaya. Born in 1980 in Montalban and based in Bulacan, Tapaya has a painting titled Big Catch that simultaneously and masterfully exhibits the distinct dichotomy and seamless integration of science and myth.

Here, at the centre are acts of dissection and weighing of fish—either for consumption or mere curiosity. On the bottom left, a couple of pipes give off industrial discharge. The rest of the scene contains elements out of, what looks like, tribal folklore—spirits that are thought to inhabit trees and water, and the narrative concepts of which could be used to disseminate realities regarding seasons or fertility or ecosystems or some other important aspect of life or nature. In the painting, science and myth—different and independent, might seem competitive for a moment. There is an inherent tension between objective investigation and the subjectivity of perception. Yet the two strands come together to create a whole, implying that a fuller, richer understanding of existence cannot be attained if one of the two is considered dispensable.

Tapaya uses the specific myths of his own country in his work. Inspired by the French anthropologist, he intends to show how myths operate in the minds of human beings without their being aware of the fact. He writes: “As Levi-Strauss believed, myths are not simply a random construction of primitive beliefs or backward mentality instead myths are pseudo-histories. They provide the raw material for a systematic analysis of how the unconscious mind works.

As a young boy, I was told of a story about a giant named Bernardo Carpio who attempted to end the battle between two fighting mountains, however in the end he got buried as a prisoner inside those mountains, in the cliff in Montalban, Rizal, northern part of the Philippine to be exact. We believe that whenever there are tremors and earthquakes, people believed that Bernardo is trying to escape. I always believed this story as a fact. And it became the seed of my fascination about myths and folktales in my country.”

Tapaya creates forests, mountains and landscapes familiar yet otherworldly. The elements in the myths are juxtaposed with conditions prevailing in contemporary society, leading to complex amalgamations and montages. Modern symbols like traffic lights, binoculars, hot air balloons, wheels, weapons make appearances now and then in canvases thick with folkloric imagery. For example, in Lost in the Woods, an ancient, perplexing forest is linked to a pole with multiple direction signs, going every which way—showing an abundance of choices and the attendant confusion.

As humans we tend to see ourselves as giants and gods, asserts Tapaya, that can control nature but in the process end up creating our own “earthquakes” and disasters. He finds it interesting to find connections and relations of myths and the present ecological perspectives. He often brings into light the problem of humankind’s insatiable desires and man-made catastrophes. Engaging with the artist’s work, in the end, we are left with a fascinating puzzle on imagination, enquiry, action, ambition—and consequence.

Rodel Tapaya is one of the most active artists in Southeast Asia today. His breakthrough came when he was awarded the coveted Top Prize in the Nokia Art Awards, which allowed him to pursue intensive drawing and painting courses at Parsons School of Design in New York and the University of Helsinki in Finland. He also studied at the University of the Philippines College of Fine Arts.

The artist is represented by Arndt Fine Art.