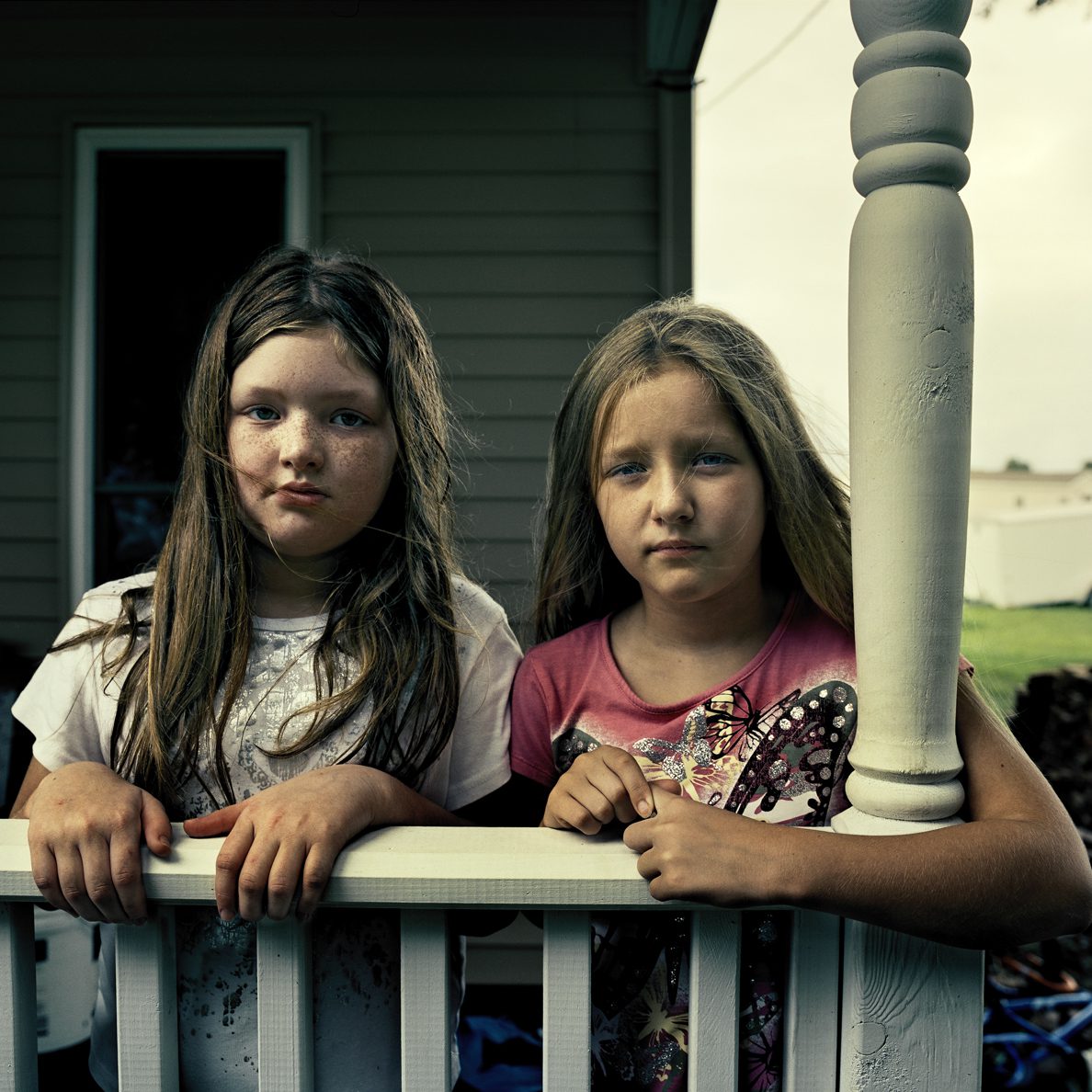 Impressed by his book The Roma Journeys (2007), Kira Pollack—director of photography at Time magazine—commissioned Danish photographer Joakim Eskildsen to capture poor communities in America, specifically in the states of New York, California, Louisiana, South Dakota and Georgia, over a period of seven months in 2011. According to the U.S. Census Bureau, 46 million Americans live below the poverty line, that’s the highest number since they started publishing poverty figures more than five decades ago. And some economists and experts predict that the number is rising.

Almost all people who were asked to be photographed—either persons whom the team had met in the street or who were recommended by a helping organisation—reacted positively, and were relieved at the interest in their life as they felt they had not been listened to. Many were of the opinion that the system had failed them, and were pleased to be able to tell their story. They hoped their voice maybe could open the eyes of the politicians.

The photographer says of the type of poverty that he encountered: “This face of the US is not what you are usually exposed to, and it conflicts deeply with the concept of the American Dream that American culture is so obsessed with. Also, poverty in the US does not look like Third World poverty, and does not necessarily mean having no possessions or being starving.

“The kind of poverty that so many people in the US face is one of poor food, poor health, poor culture, poor living circumstances, but it is not necessarily that easy to spot. You can have a family with a huge TV, air conditioner, a microwave, but no money for food. All they own is borrowed and any small incident, the lack of health insurance, can collapse it all. There is an idea that everyone needs certain material goods, and people will choose those over healthy food. Infrastructure is poor in poor areas and it is extremely difficult to get hold of naturally good food. Too many people virtually live on poor quality fast food, and face consequences health-wise. Poverty hits you on all levels instantly, and it is a vicious circle.”

Joakim found the stories and the atmosphere very depressing. “Almost everyone we talked to or interviewed cried at some point,” he writes. “It was in many ways very hard to face all this. I had the feeling anybody could fall into such hardship.” Despite the grim and sad themes, the photographs remain beautiful, warm in tone, radiating with the humanity of the subjects.

Born in Copenhagen in 1971, Joakim trained with the Royal Court photographer Rigmor Mydtskov. In 1994, he moved to Finland to learn the craft of photographic bookmaking at the University of Art and Design in Helsinki, graduating with an MA degree in photography in 1998. In addition to the books on gypsies and poverty in America, he has published “Nordic Signs” (1995), “Bluetide” (1997), “iChickenMoon” (1999), which was awarded Best Foreign Title of 2000 in the Photo-Eye Books & Prints Annual Awards, and the portfolio “al-Madina” (2002), which was made in collaboration with Kristoffer Albrecht and Pentti Sammallahti.