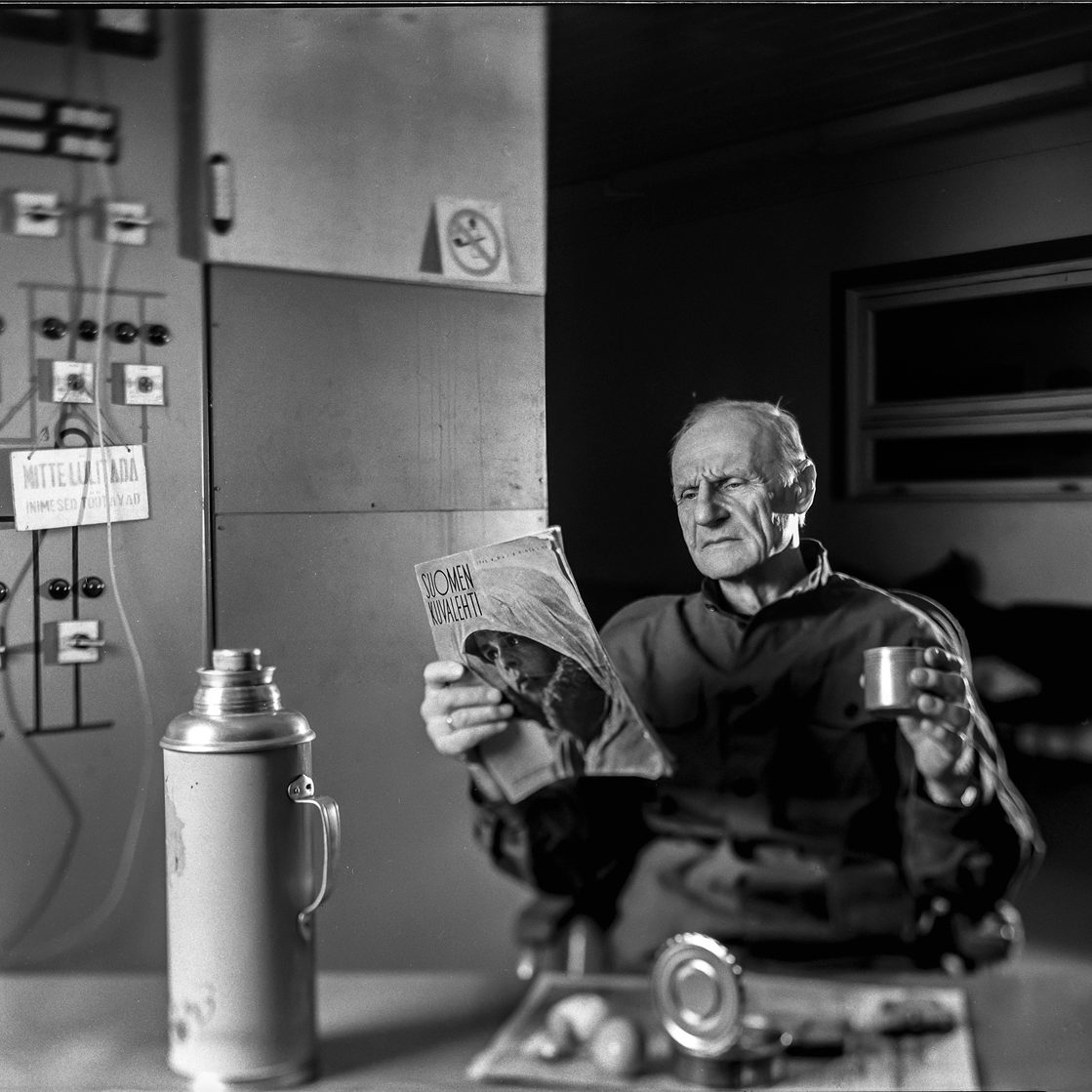 In his series “Memories”, Estonian photographer and freelance artist, Heikki Leis tells the story of Edgar Külaots, a 71-year-old retiree who began working at the central boiler house in the city of Tartu in 1981. The boiler itself was established in 1967 during the Soviet era, when life was very different from today.

The city used to operate several smaller boiler houses, but as the population grew, there was a demand for a bigger boiler house. And so it was built in the middle of Tartu, on the bank of the river Emajõgi. The 90 m tall chimney became the city’s most visible object. Initially the heating was done with fuel oil, but soon a switch was made to gas. According to the first drafts, the boiler house required 47 workers: three men on watch and 15 who operated per shift.

In these images, we find Edgar Külaots revisiting the place where he performed several jobs. He turns wheels on huge tubes, shifts tabs on consoles, sits down to read a magazine and take a meal, takes notice of a set of keys that ensured access to heating units during emergencies. He looks like someone who is still totally absorbed in his former vocation, as though he is unable to register the passage of time and the changing culture of the outside world.

The photographer tells us: “He recalls that sometimes even prisoners were incorporated into the workforce to heat the boilers since it was a hard and unpleasant job. Later on, the boiler house was modernised and there was little need for workers. The boiler house stopped operating in 2013 as the city’s new heating systems now are different from the old ones. The buildings will be torn down soon and all that remains are memories…”

Heikki continues on his artistic journey: “I have been involved in the arts since I was a child. As I was better at drawing than other kids, I started attending different schools and courses to develop it further. Eventually I became a sculptor, but nowadays I do mostly drawing and photography. I have always been drawn to details and precision and that is also something I try to convey in my drawing. I often like to mix reality with a shift or abnormality.

“I also use this approach a lot in my photos and try to do it without the use of Photoshop, but instead setting up the scene and photographing it in analogue. I am a huge fan of film cameras and most of my art projects have been photographed onto film. I simply find photos taken with film cameras much livelier and more honest, not to even mention their colours and depth of field. The series ‘Memories’ has been taken with an old 4×5 plate camera onto a flat film exactly to convey the old feeling and situation.”