There is a poem by William Blake (1757–1827) called The Divine Image that contains the following lines: For Mercy has a human heart / Pity, a human face: / And Love, the human form divine, / And Peace, the human dress.

Inspired by this verse, English artist Hannah Rose Thomas has been expressing our shared humanity through her paintings, showing that each of us is created in the image of God, regardless of race, religion, economic circumstance or social status.

A graduate in Arabic and History from Durham University, Hannah has sold her paintings and received commissions since she was 18 – this has funded her humanitarian work in Mozambique, Sudan, Madagascar, and, more recently, in Jordan and Calais.

She paints intimate portraits of the people she has met on her travels. She seeks, she writes, to “humanise the individuals forced to flee their homes, whose personal stories are otherwise shrouded by statistics.” We see old and young people, male and female, some visibly broken, others still holding onto some activity, some object, some hope.

The portraits began in 2010, when Hannah spent three months in the orphanages of Mozambique and Sudan. While living in Jordan as an Arabic student in 2014, she organised an art project with Syrian refugees for UNHCR, which was exhibited in Amman on World Refugee Day. Hannah first visited the refugee camp in Calais in December 2015, while volunteering as an Arabic translator at a temporary clinic organised by The Hummingbird Project. She was distressed when she witnessed the slum-like living conditions of the 6,000 refugees in the Calais ‘Jungle’.

One notable artwork from Calais is that of “Mohammed”, a refugee from Darfur. For his portrait he is standing outside his shelter and home for the last four months. In his hands is his most treasured possession; a colouring book containing his beautiful Arabic poetry.

One of his poems is included in this portrait painting and describes his flight from war in Sudan:

No, no, no to Injustice no
Homes … Burned
Mosques  … Destroyed
Schools … Burned down
Men … Killed
Women … Widowed
Children  … Taken
Money … Stolen
The youth … Displaced
At sea … Boarded
Some of them … Drowned
And others … Were taken
In Europe … Refugees.

Hannah returned to Jordan in April 2016 for an art project with children in Za’atari and Azraq refugee camps for Relief International. She is currently studying for her MA at the Prince’s School of Traditional Art in London. She plans to travel to Kurdistan, Northern Iraq, for an art project with Yazidi women who have escaped ISIS captivity. Her paintings will be on exhibition in Saatchi Gallery, London from 1st to 10th September.

In general, as an artist, Hannah draws inspiration from Islamic art and Arabic poetry itself, and celebrates the rich heritage of the Middle East in her work, which, she says, “is so often forgotten and overshadowed by war.” 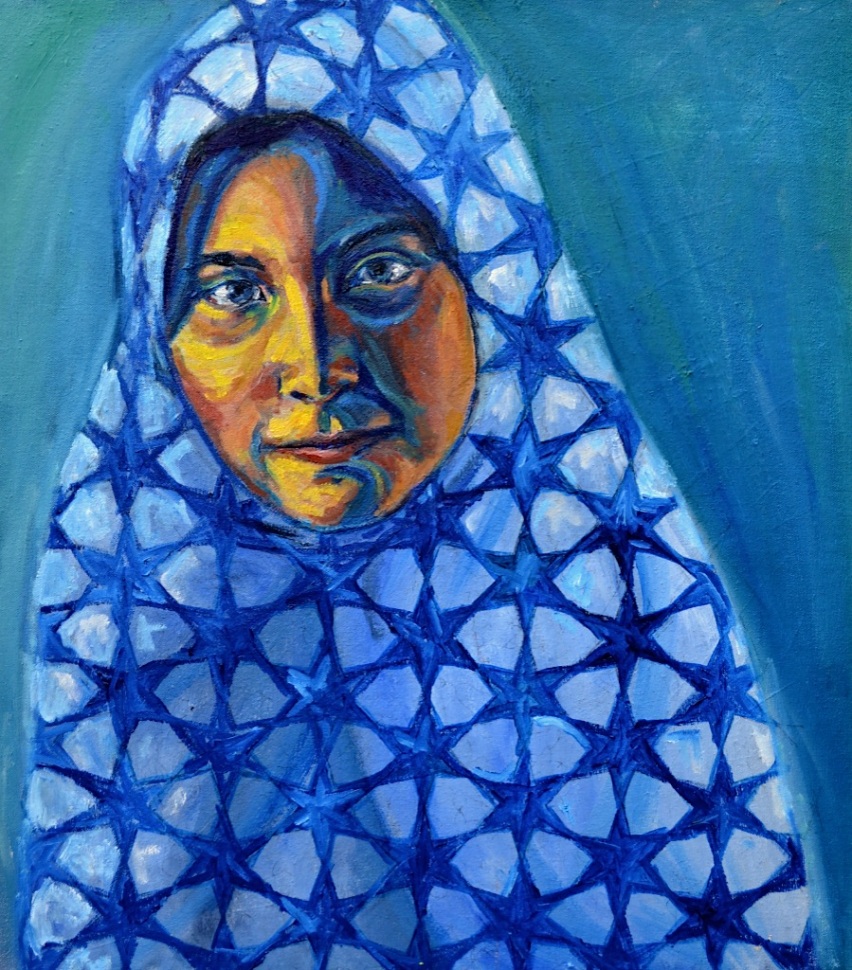 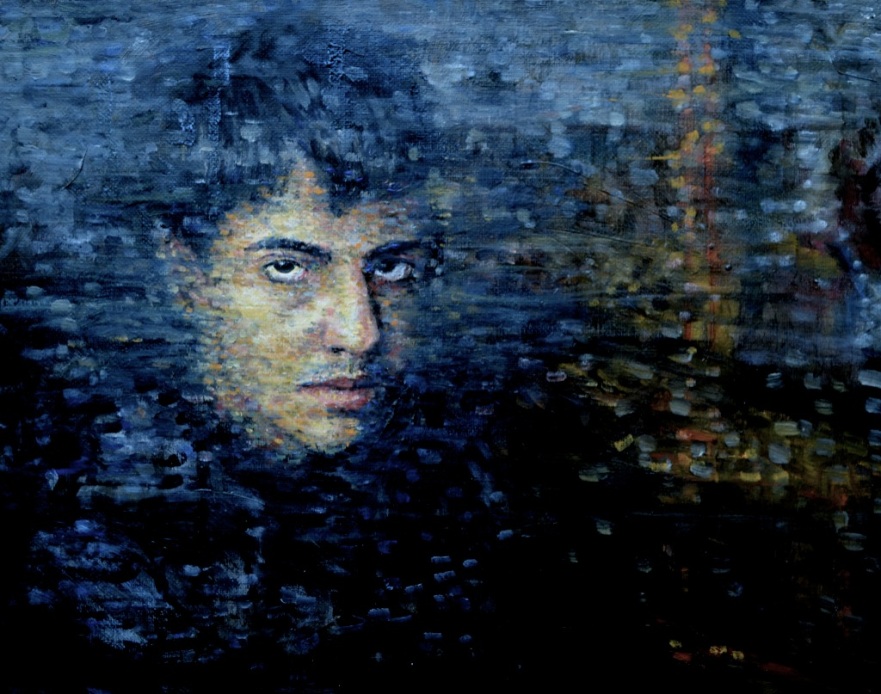