A woman caught between tradition and modernity, Iranian artist Shadi Ghadirian (born 1974) is known internationally for her clever and humourous photography that comments on the way women’s identities are perceived and have evolved in her country and culture.

Shadi, who studied at Azad University in Tehran, rose to prominence in 1998 with her “Qajar” series – in which she depicted women in settings reminiscent of the Qajar dynasty era (1785 to 1925) in Persia. To these pale photographs, she added modern props – a boom box, a Pepsi can, a newspaper, a bicycle. It has been reported in the Guardian that one of the shots featuring “two veiled women holding a mirror that reflected a bookshelf” won a competition but the prize was withdrawn after the ministry of culture deemed it too contentious a piece of art.

Shadi’s second series “Like Every Day” (2001) is even funnier, it grew out of her frustration at all the cooking utensils she received as wedding presents when she married the photographer and author Peyman Hooshmandzadeh in 2000. Here she shows several women covered in burqas with some or the other household object stuck to their faces – cups, bowls, kettles, gloves, graters, cleavers. The printed fabrics, furthermore, could be seen as representative of bed sheets and curtains. The images bring into focus the manner in which a complex female personality – with perhaps talents and aspirations and potential – is reduced to physically demanding domestic duty that is terribly limited in scope. Interestingly, the fact that a female artist can “create” such a work means that women in this society are now intellectually active and wish to break out of constraints.

Shadi currently works for the Museum of Photography (Akskhaneh Shahr) in Tehran. She also manages and edits two photography websites. Her artworks could be found in several big institutions worldwide, among them the British Museum (London), the Victoria and Albert Museum (London), the Los Angeles County Museum of Art, the Smithsonian Museum (Washington D.C.), Centre Georges Pompidou (Paris) and the Museum Modern Kunst Sitftung Ludwig (Vienna). 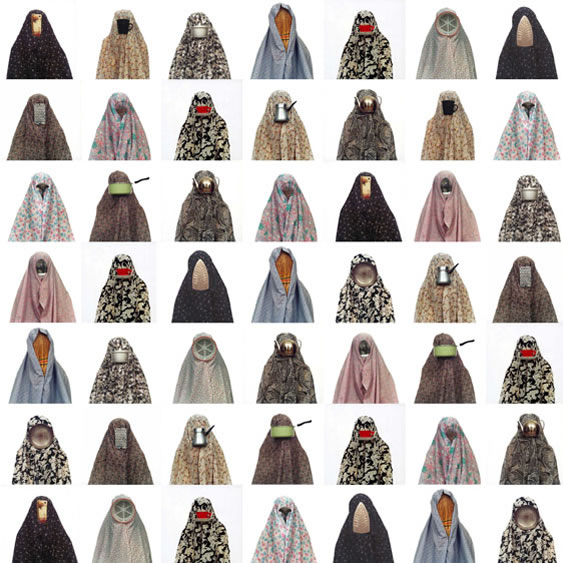 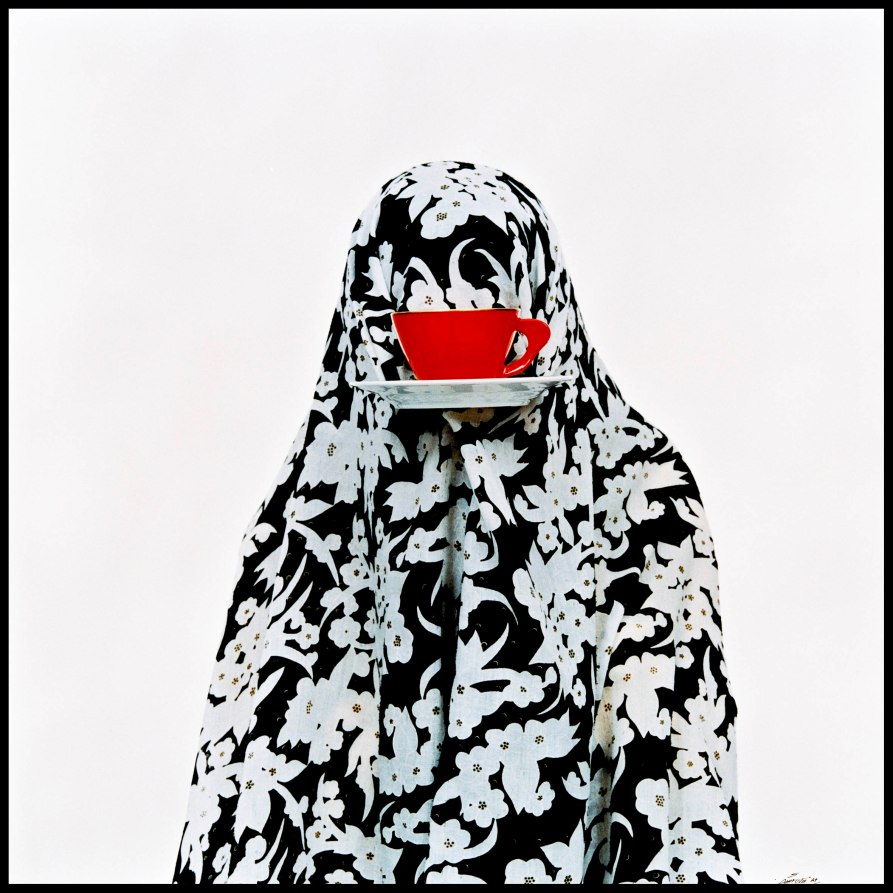 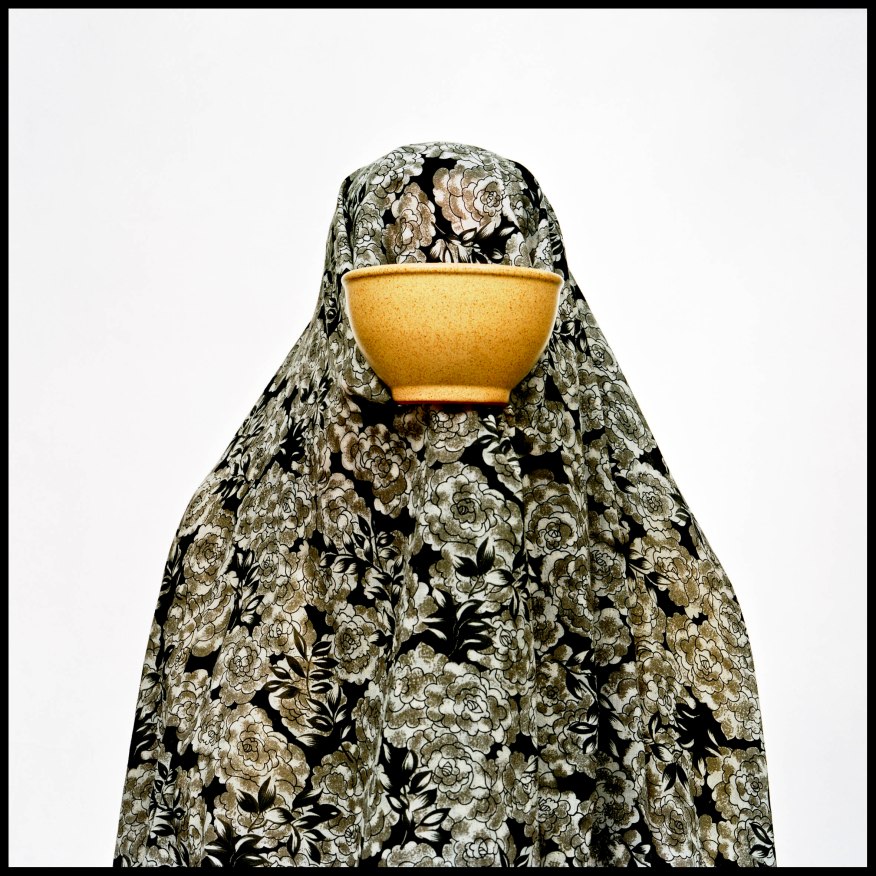 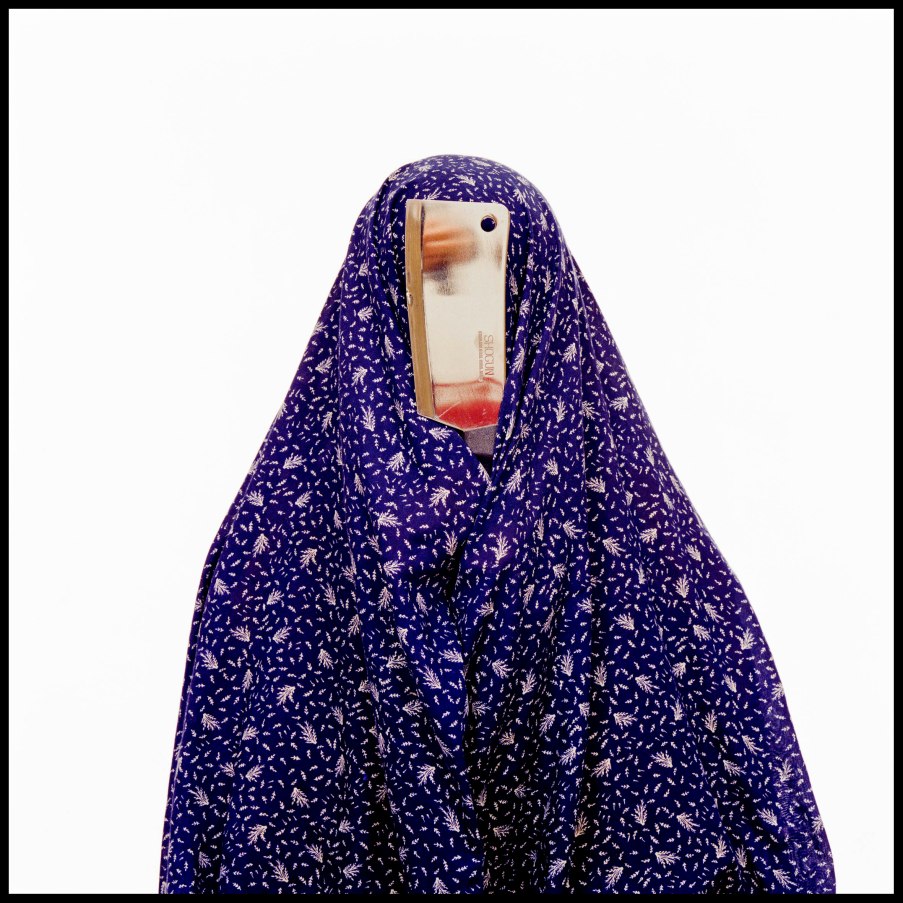 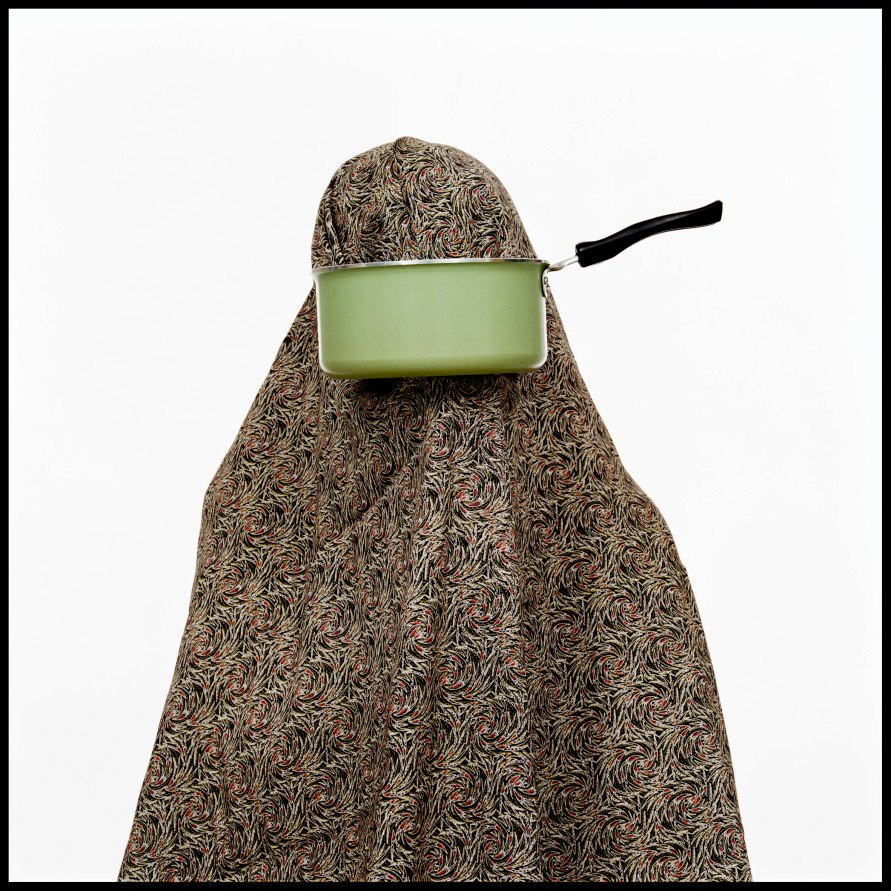 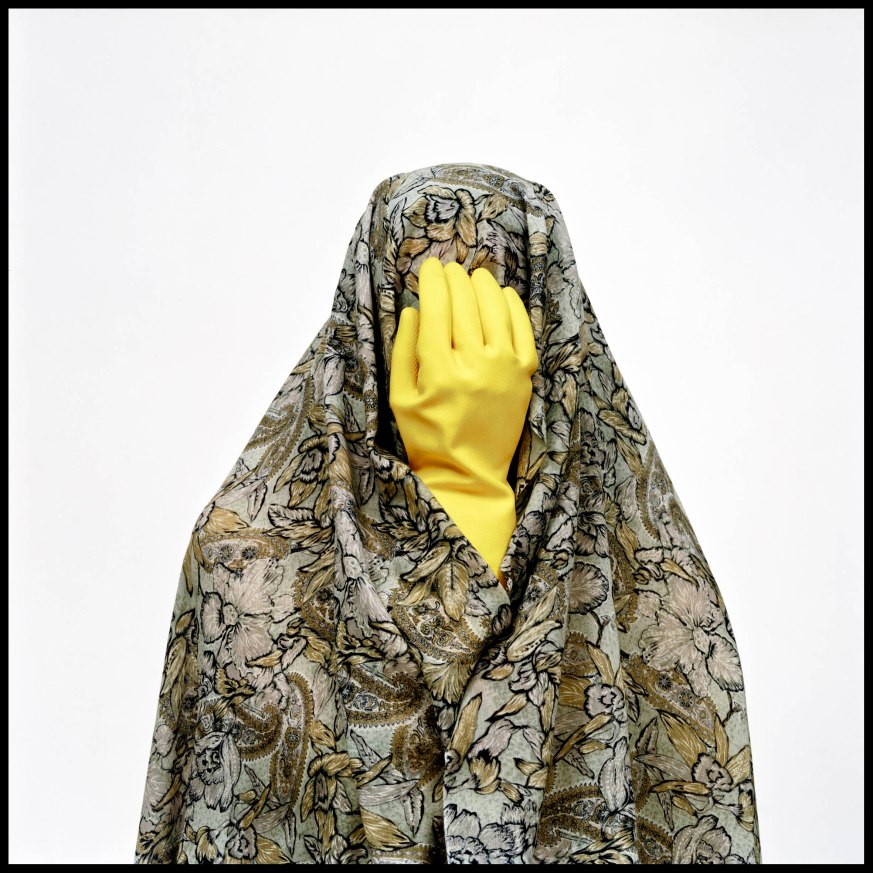