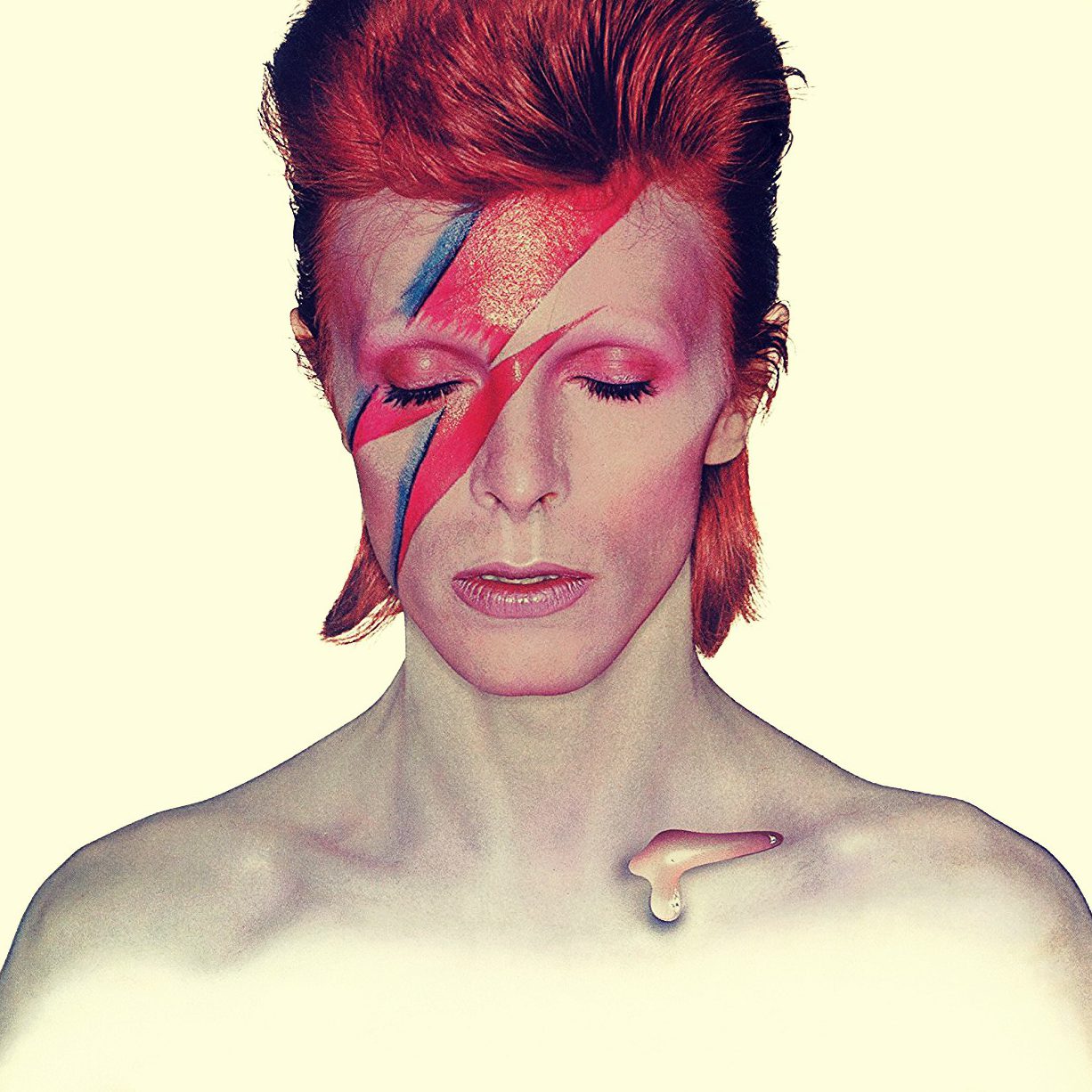 David Bowie’s death on 10 January 2016 generated a global outpouring of grief. Amid the adulation, I only found two critical articles, from religious websites. In a piece called “The Veneration of David Bowie” on First Things, Jennifer Ferrara asked: How is it that a man who was a drug addict, was extremely promiscuous, and flagrantly flouted all sexual boundaries is being held up as an example for our children to emulate? Have we entered a period of complete cultural nihilism?

In the much harsher “Fame, Fashion & Fascism: The Many Masks of David Bowie” on The Imaginative Conservative, Joseph Pearce observed:

The sorry truth is that one will find no engagement in Bowie’s work with anything older than the nineteenth century, before which, as far as Bowie is concerned, nothing seems to have existed. His work is awash with the backwash of Nietzschean arrogance, consigning itself to the nebulous nihilism of postmodern deconstruction. Although it asserts nothing because there is ultimately nothing to assert, it suggests that there is no real meaning to the cosmos and that, therefore, everything is ultimately meaningless. Bowie’s own work is, therefore, meaningless, a fact which he would presumably not deny and perhaps might take as a compliment.

And the debate shall never end…

I’ve been asking more basic questions – what it is about “glam” – also known as “glitter” – rock? When exactly and how did it emerge and why does it continue to enthrall people? In what way is the phenomenon related to modern life? The book Shock and Awe: Glam Rock and Its Legacy, from the Seventies to the Twenty-First Century provides valuable insights.

It is written by Los Angeles-based English music journalist Simon Reynolds. He is the author of several books, among them Energy Flash: A Journey Through Rave Music and Dance Culture (1998) and Retromania: Pop Culture’s Addiction to Its Own Past (2011). Reynolds blogs at blissout.blogspot.com and tweets at @SimonRetromania. He has created a separate page for his new book: shockandawesimonreynolds.blogspot.com.

Glam, as serious lovers of music would know, goes back to the early 1970s. It is a genre that is characterised by spectacle, exaggerated personalities and androgyny. The pivotal players are Marc Bolan, David Bowie, Suzi Quatro, Alice Cooper, New York Dolls, Slade, Roxy Music, Iggy, Lou Reed, Be Bop Deluxe, David Essex. Freddie Mercury is involved as well. Then there’s Lady Gaga, in our time.

“That electric frizz of hair, the glitter-speckled cheeks, a coat that appeared to be made of metal” – this was the theatre. Reynolds writes that the glam was “alien, sensationalistic, hysterical”. Inspired by the dandyism of the nineteenth century (then a kind of protest against the strict and dull world created by the Industrial Reformation and the Protestant work ethic), glam of the 1970s was extravagant and frivolous. The musicians mocked themselves, they openly exhibited themselves as artificial constructs. They sought salvation in un-truth. Glam, notes the author:

inverted the political and philosophical principles that underpinned late-sixties hippy-era rock. Discarding the ailing communal ethos of the underground, glam performers weren’t interested in uniting to change the world but instead sought to achieve a personal escape from reality into a never-ending fantasy of fame and freakitude.

The movement—for all its exploits and amplifications—was rooted in disillusionment – “it was a retreat from the political and collective hopes of the sixties into a fantasy trip of individualised escape through stardom”. Glam was/is fluidity and experimentation. Interestingly, its principles tend to pervade popular culture as a reactionary measure whenever politics moves to the right – “the early seventies of Nixon and Heath, the eighties of Reagan and Thatcher, and most, recently, during the first decade of the twenty-first century”.

Finally, I find it important to mention that the cult of personality, the culture of image-worship that glam has fostered has a lot to do with the decline of organised religion in the West. The idolisation of the musician is something of an alternative spirituality—a way to (at least temporarily) gratify a frustrated human impulse to go beyond self-absorption and connect with some kind of transcendent force. This practice serves a purpose for both the idolised and the idoliser. Reynolds explains:

‘Spiritually starving’ is a phrase Bowie also used, but less to describe an artistic type, and more as a general comment on Western civilisation after the death of God. One surrogate that has filled the vacuum is fame. For aspirants, it holds out the promise of both heaven on earth and a kind of immortality; for admirers, it offers something to worship and emulate. Replacing religion and perhaps even eclipsing romantic love, fame is today’s opiate of the people. It is an endlessly seductive fantasy solution to whatever problems and limitations you face, whether rooted in personal deficiency or social origins. Fame is the mirage of a wholeness and prestige that will be attained once you’ve achieved ubiquity, a flaring up of the self in the spotlight-blazing gaze of the entire world.

Bowie was cremated without anyone in attendance, and his ashes were scattered by his family in Bali in a Buddhist ceremony. The author says:

The absence of a public farewell seems to say: these remains aren’t ‘David Bowie’. The person you love and admired is everywhere and anywhere but here, living on in millions of recordings and images, reverberations and reflections.