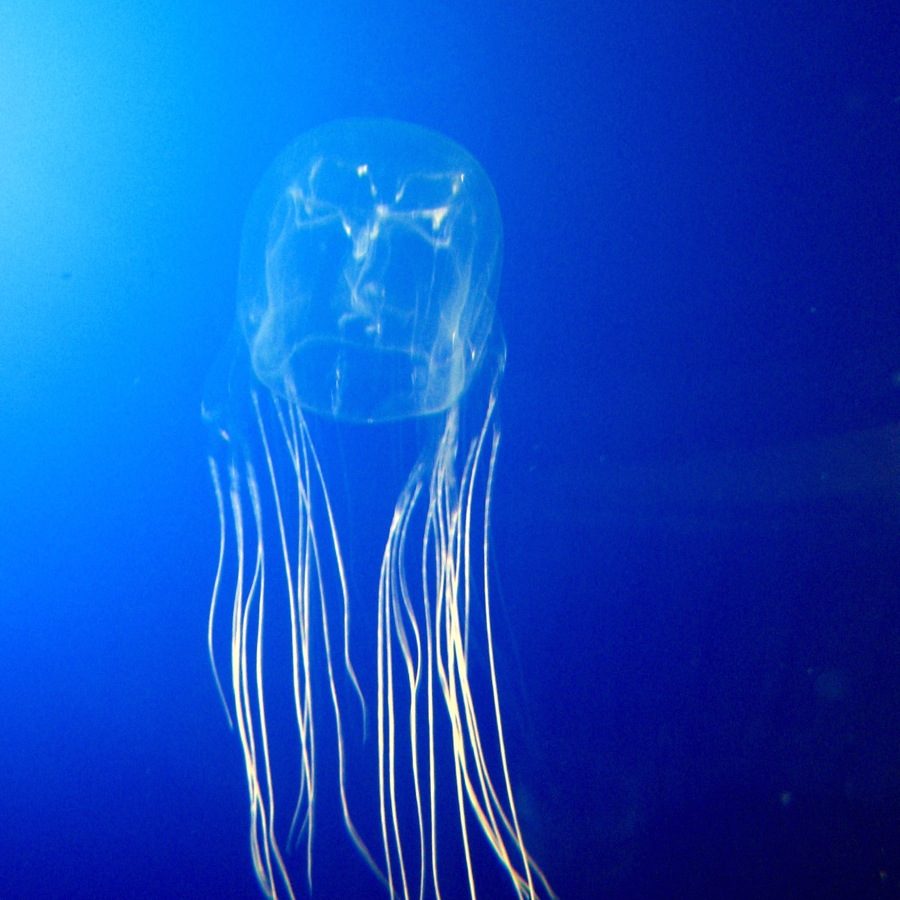 Sometime last year, I stumbled upon a video of Jhumpa Lahiri in conversation with Paul Holdengräber, the Austrian-American Director of the New York Public Library. The subject was Lahiri’s relationship with Italian – I suppose her third language after Bengali and English – in which she is now writing entire books. Lahiri likened her engagement with Italian to being “at sea” – as in, she is in awe of the language, is experimenting with it but it is, ultimately, not her domain, which makes the process a risky one for her. Rephrasing the words of a Sicilian sailor (“skipper”), she presented the analogy:

“There’s one thing you have to know, which is, we don’t belong here. We’re human beings and we don’t belong on the water. And it’s dangerous and it can kill us. And it’s not where we are supposed to be. And you have to know this and have to respect that. And you have to respect the sea because it is so much more powerful than we are. And it really doesn’t like us. And yet we love it. We’re going to sail and we’re going to have a great week”…That’s what the skipper was saying – we’re not fish, we’re human beings and we’re not meant to be here. This is not our element.

We realise and feel this power of the sea mostly during sweeping tsunamis. (On 25 February, 2016, I wrote a post on the 2013 book Wave – memoir of Britain-based Sri Lankan academic Sonali Deraniyagala, who lost her husband, her parents and her two little sons in the Indian Ocean catastrophe of 2004 – check it out). The violent antipathy of the water towards human beings can also manifest itself in more concentrated – but no less frustrating and horrifying – incidents of attack by toothed and tentacled dwellers. A recent Guardian feature titled ‘I didn’t realise he was dying’: the day I lost my fiance (February 18, 2017) carried one such heartrending story.

In the summer of 2002, globetrotting Californian Shannon Leone Fowler (@shannon_leone, @ShannonLeoneFowler) – a 28-year-old marine biologist researching Australian sea lions – was holidaying with her charming Australian fiancé Sean Reilly on the island of Ko Pha Ngan in Thailand. She was looking forward to a stable and happy life with him in Melbourne – when tragedy struck. Stung by a box jellyfish, Sean collapsed on the beach. Terribly poisoned, he died immediately, leaving Fowler disoriented and devastated. Plain baffled by the randomness and ridiculousness of the event – there had been no boards or signs of warning anywhere. She is hurt also, by the irony of it. She, a lover of the ocean since childhood (and scholar-in-training), is left standing in a state of helplessness as it snatches from her her other great love.

Fowler begins to feel the alien-ness of the land and the language around her. She has to get the cause of Sean’s death on a medical certificate corrected from “drunk drowning” to “an allergic reaction to jellyfish”. She communicates with the Thai police, with Sean’s insurance company back in Australia. Most importantly, she must execute the gigantic and disturbing task of breaking out the news to Sean’s parents, and then taking his body home to Melbourne. She also miscarries his baby, and with that goes the chance of her holding on to a part of him.

After his funeral, Sean’s family stops returning Fowler’s messages. They, whom she had eagerly hoped to join, suddenly turn into strangers. She returns to California but is unable to find peace among family and friends. On the one-month anniversary of Sean’s death, she writes in her journal: Seems stupid to have money & not be traveling. Sean would.

She decides to travel again – alone, to heal herself. To cope up with her paralysing pain, she makes a visit not to comforting fairytale landscapes but to countries that have been ravaged by conflicts. She goes to Poland, Israel, Bosnia, and other places. Befriends people. And she learns invaluable lessons – that tragedy needn’t be redeemed, just remembered; that grief needs time and space, also company; and finally, that it could be responded to with power and beauty and creativity.

Shannon Leone Fowler is today living in London. She has returned to the sea and had a successful career, having worked around both the Antarctic and the Arctic. She is now a single mother to three children who give her immense joy. But Sean’s absence remains, his demise having split her life into two clean parts of before and after. Sorrow is an all too undeniable, unmanageable part of life. Sometimes we just have to courageously admit and accept this fact. This is no resignation, but truth-telling. And a state of serenity may be achieved, in the end, precisely by not forcing oneself to look for silver linings.

Simple, honest and unsentimental, Traveling With Ghosts will be appreciated by those who have seen loved ones go in untimely deaths. It will also be a great read for those interested in world cultures. I loved it for the way it shows how the big happenings of history, and the lessons learnt through them, can have a life-altering impact on a small and single soul.

I swung back and forth between the other three stages. There were flashes of anger. A fucking jellyfish. Who the fuck dies from a jellyfish? Why couldn’t it have been a car accident, a plane crash, cancer…something that actually happens to people?

There were hours feeling depressed and sorry for myself. I felt picked on by the world, pointless, and empty. My insides scraped clean like a hide, and dried out like a husk.

There were entire days spent bargaining. Why couldn’t it have been the British chick whose boyfriend always ate fried egg sandwiches, or the French guy on the bus, or one of the topless Swiss girls on the beach with the puppy? Or me, why couldn’t it have been me? I tried to trade his death for countless other tragedies: an affair that would break my heart, a crippling accident that would leave one or both of us wounded and scarred. The scientist in me knew it was irrational, yet it also seemed no more unlikely than his death. So I wished on everything I could think of, and made promises to whatever God there might be out there to raise any future children Catholic, Jewish, Muslim, whatever…if I could only have that day back.

One thought on ““Traveling with Ghosts”: Shannon Leone Fowler’s Moving Memoir of Love and Loss”