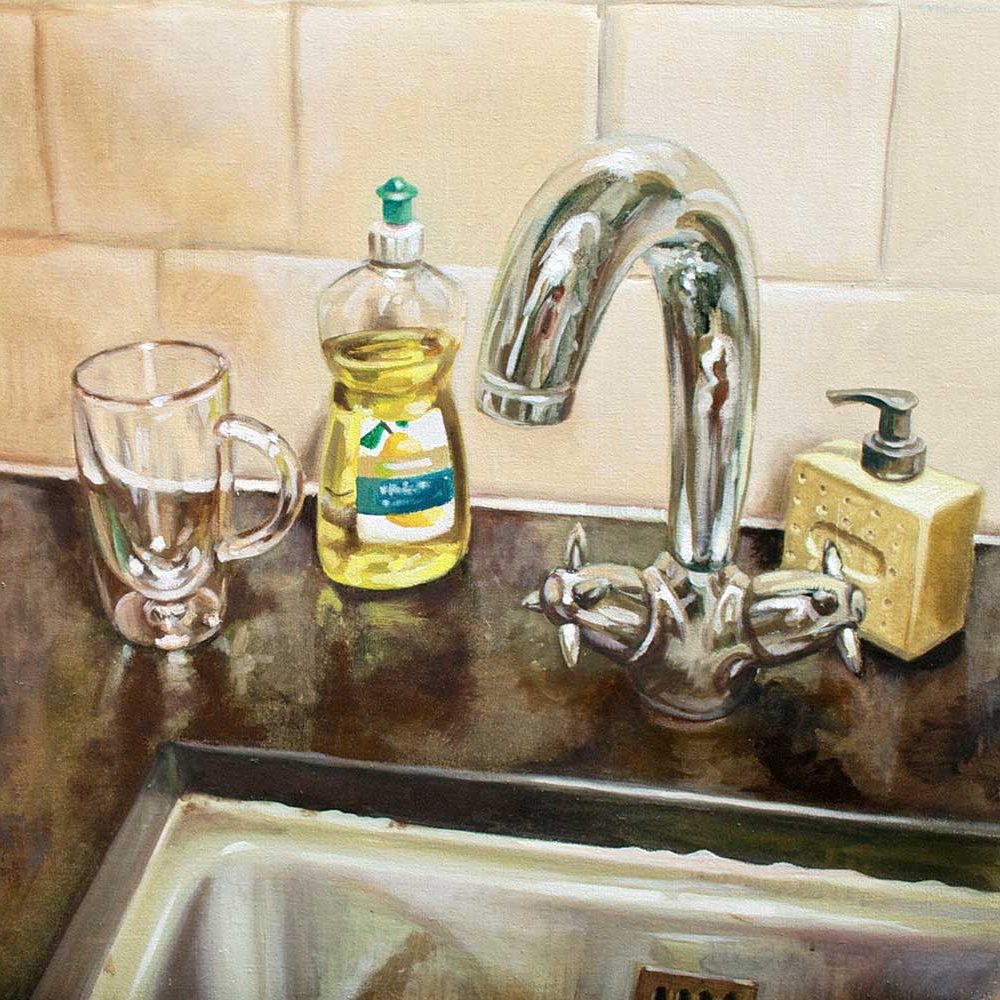 A fan of Lucian Freud, Diego Velázquez, Francis Bacon and Balthasar Klossowski de Rola, Amsterdam-based artist Rogier Willems creates realistic paintings of people and objects in the traditional oil-on-canvas technique. “I explore the human face in such a way that I try to connect the intimacy of the individual with the universality of human existence,” he says. “In this way, I elevate the portrait into an autonomous work of art which ascends the context of the person portrayed. I choose often an introspective pose in the people I portray.”

Rogier’s art captures ordinary domestic spaces and conveys the value of the simplest of items from our everyday life – pillows and bed sheets, teapots, even the dish washing liquid near the kitchen sink.

The human figures in these paintings, nude or barely-clothed, are caught when they are playing with their devices, trying hard to communicate with a loved one or simply lost in thought. They are confused and complex. Fully themselves.

Apart from visual art, the painter is influenced by poetry and opera. “I like poetry,” says Rogier, “but I don’t know much about it, to be honest. I like the French poète maudit and also Boutens, a Dutch poet. I could quote him, but no one would understand. I also like Sappho and Ovidius. I am very fond of opera – Mussorgsky, Puccini, Janáček, Mozart – they are the ones who tell us about people, about characters…who I may paint, one day.” 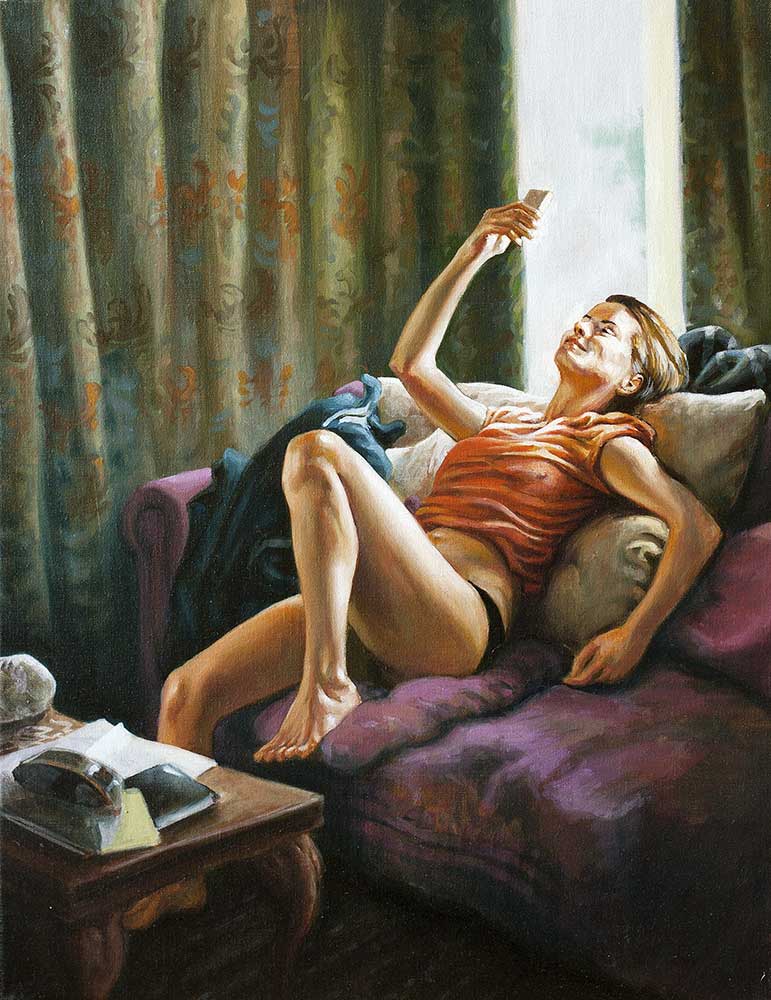 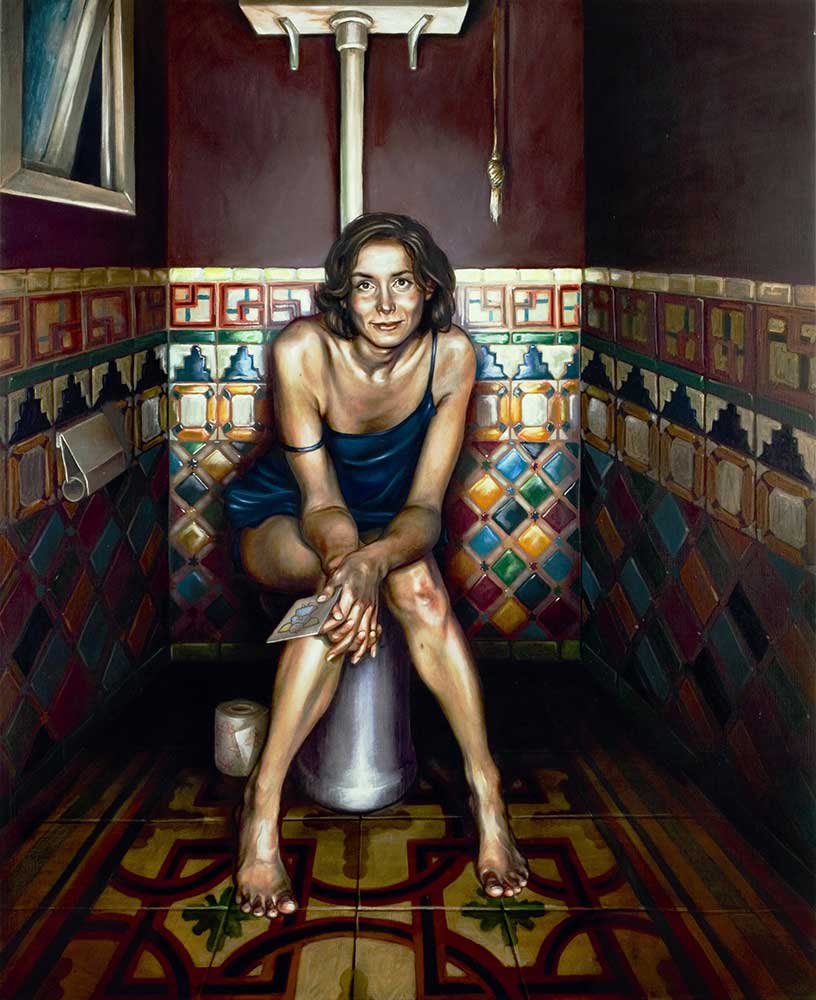 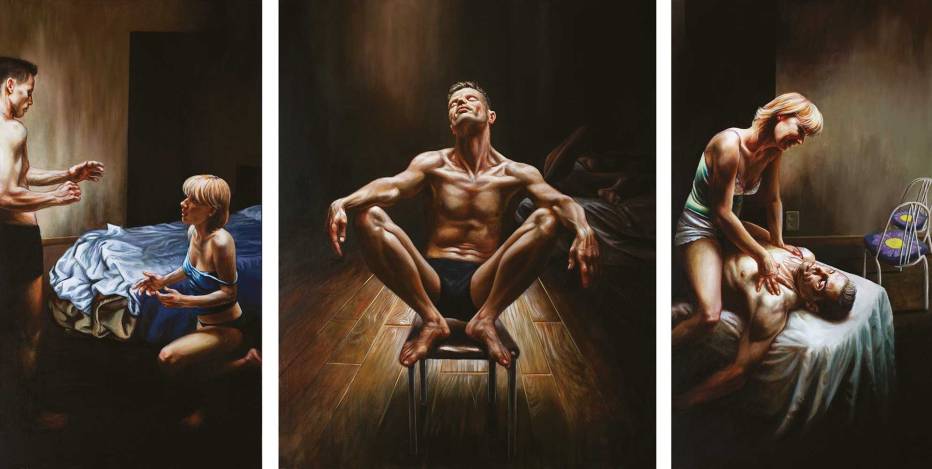 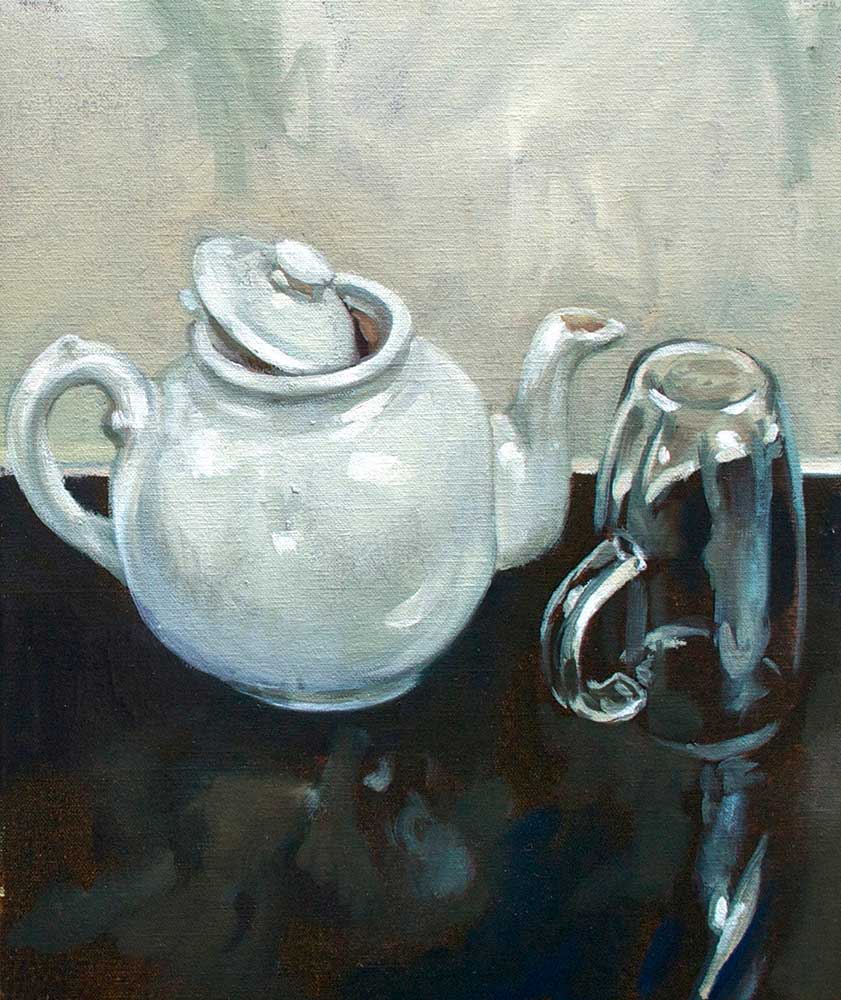 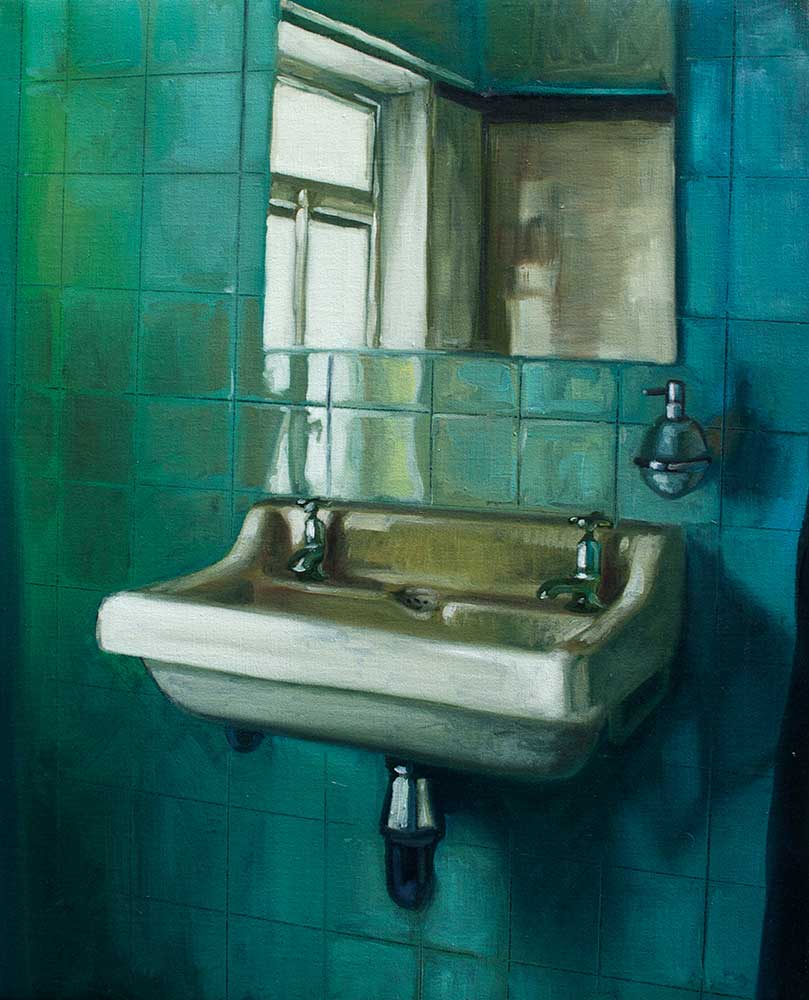 One thought on “Cellphones to Sinks to Pillows”