First published in Spanish in 1957 and expanded a decade later, The Book of Imaginary Beings is a bestiary (“compendium of beasts”) by the Argentine writer Jorge Luis Borges (1899–1986) containing descriptions of some 120 mythical and folkloric animals.

This “handbook of strange creatures conceived through time and space by the human imagination” draws from ancient traditions (Egyptian, Indian, Greek, Chinese, etc.) as well as modern literature (Franz Kafka, C.S. Lewis). It swiftly goes from “Asses with Three Legs” and “Behemoths” and “Centaurs” to “the Western Dragon” and “Youwarkee” and “the Zaratan”. In the Preface, Borges states: “As with all miscellanies, as with the inexhaustible volumes of Robert Burton, of Frazer, or of Pliny, The Book of Imaginary Beings is not meant to be read straight through; rather, we should like the reader to dip into these pages at random, just as one plays with the shifting patterns of a kaleidoscope.”

The book is infinitely delightful and perfect for anybody – writer or visual artist or creative child – in need of some inspiration. Consider this excerpt – called “Fauna of Mirrors”:

In one of the volumes of the Lettres édifiantes et curieuses that appeared in Paris during the first half of the eighteenth century, Father Fontecchio of the Society of Jesus planned a study of the superstitions and misinformation of the common people of Canton; in the preliminary outline he noted that the Fish was a shifting and shining creature that nobody had ever caught but that many said they had glimpsed in the depths of mirrors. Father Fontecchio died in 1736, and the work begun by his pen remained unfinished; some 150 years later Herbert Allen Giles took up the interrupted task. According to Giles, belief in the Fish is part of a larger myth that goes back to the legendary times of the Yellow Emperor.

In those days the world of mirrors and the world of men were not, as they are now, cut off from each other. They were, besides, quite different; neither beings nor colours nor shapes were the same. Both kingdoms, the specular and the human, lived in harmony; you could come and go through mirrors. One night the mirror people invaded the earth. Their power was great, but at the end of bloody warfare the magic arts of the Yellow Emperor prevailed. He repulsed the invaders, imprisoned them in their mirrors, and forced on them the task of repeating, as though in a kind of dream, all the actions of men. He stripped them of their power and of their forms and reduced them to mere slavish reflections. Nonetheless, a day will come when the magic spell will be shaken off.

The first to awaken will be the Fish. Deep in the mirror we will perceive a very faint line and the colour of this line will be like no other colour. Later on, other shapes will begin to stir. Little by little they will differ from us; little by little they will not imitate us. They will break through the barriers of glass or metal and this time will not be defeated. Side by side with these mirror creatures, the creatures of water will join the battle.

In Yunnan they do not speak of the Fish but of the Tiger of the Mirror. Others believe that in advance of the invasion we will hear from the depths of mirrors the clatter of weapons.

Bologna, Italy-based Bulgarian illustrator Kalina Muhova recently worked on a wonderful book based on Borges’ bestiary with collaborator Roberta Scomparin. You can learn more about Kalina on Behance (www.behance.net/KalinaMuhova) and Facebook (www.facebook.com/TheRandomSketchbookofMyx).

Here is an ISSUU embed of her ebook (URL: issuu.com/kalinamuhova/docs/bestiario) followed by a selection of sketches. Used with permission. 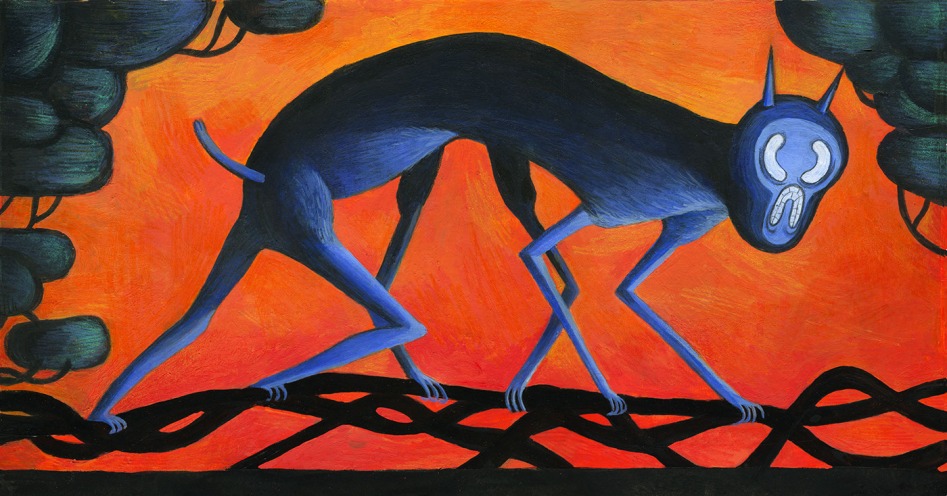 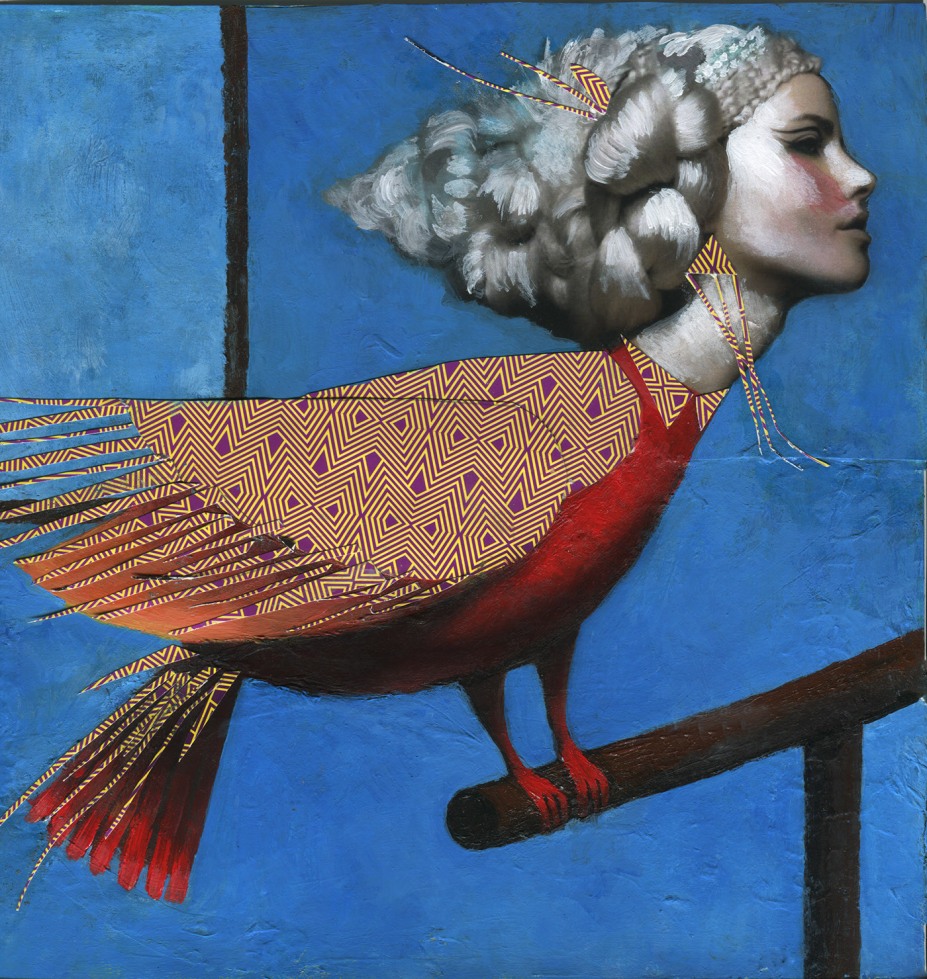 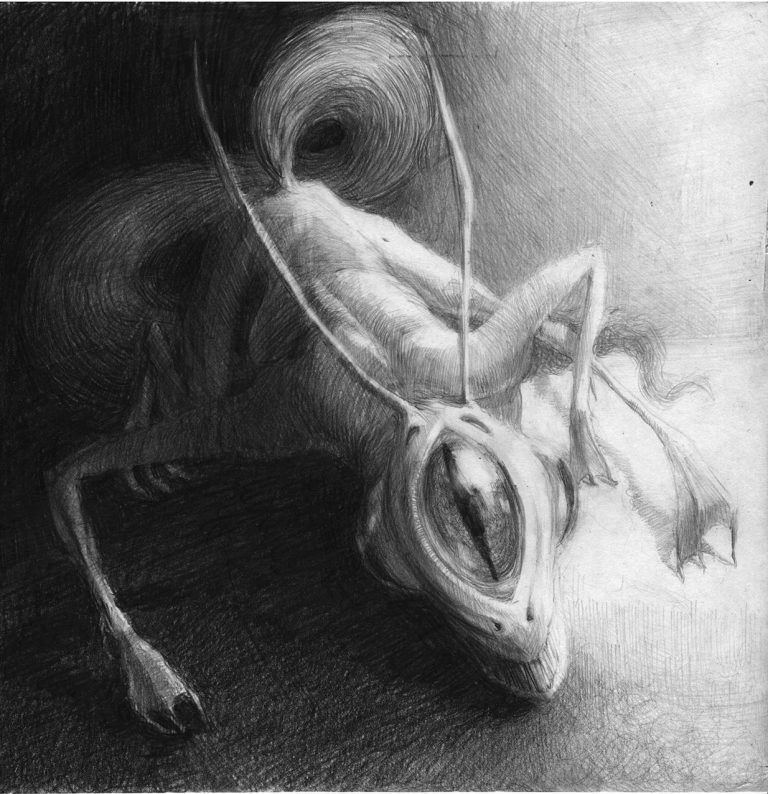 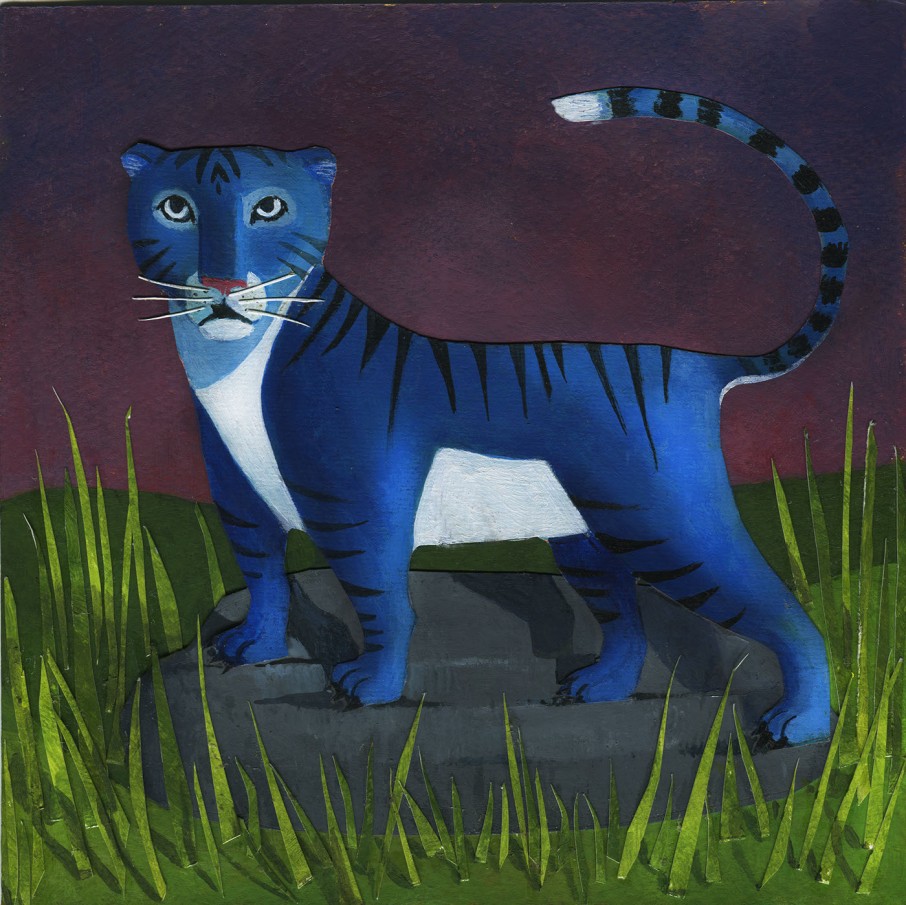 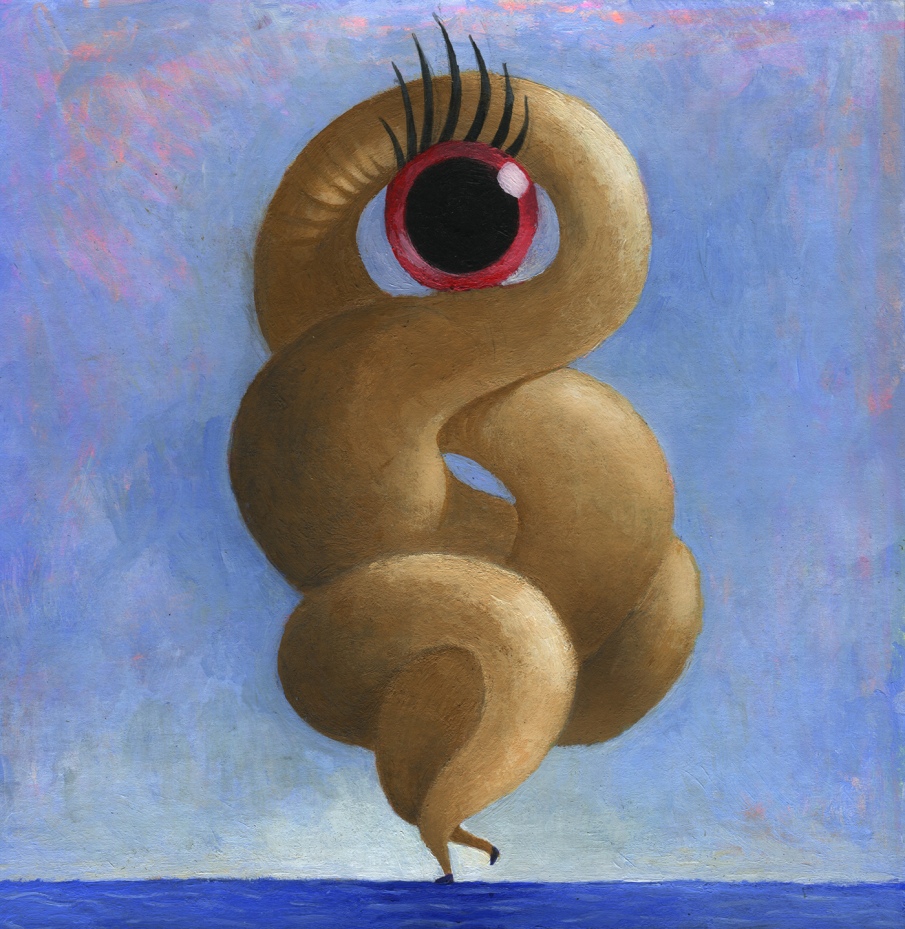 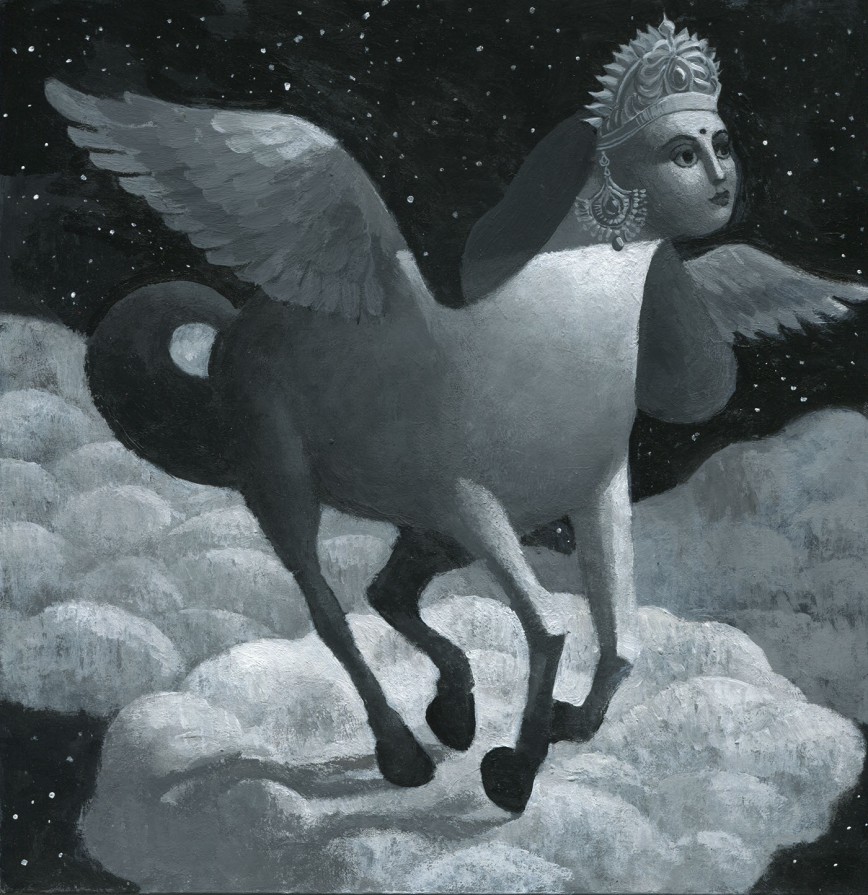 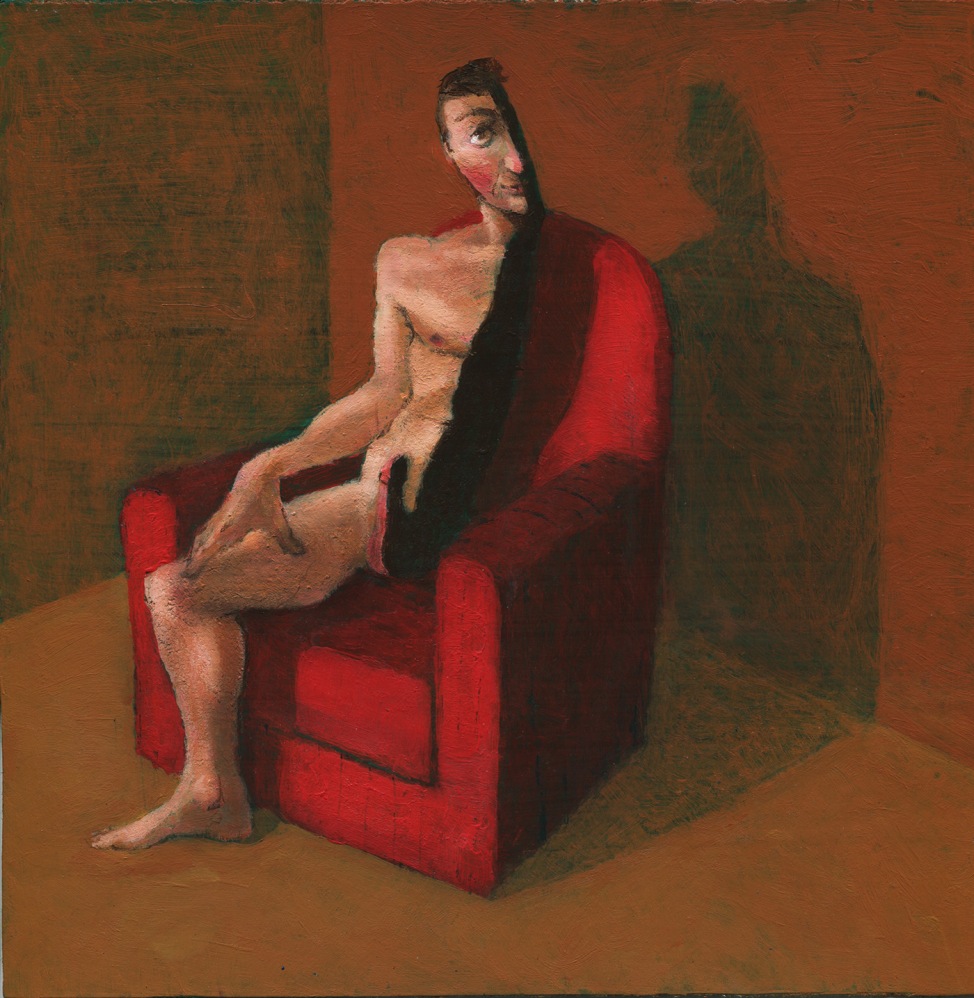 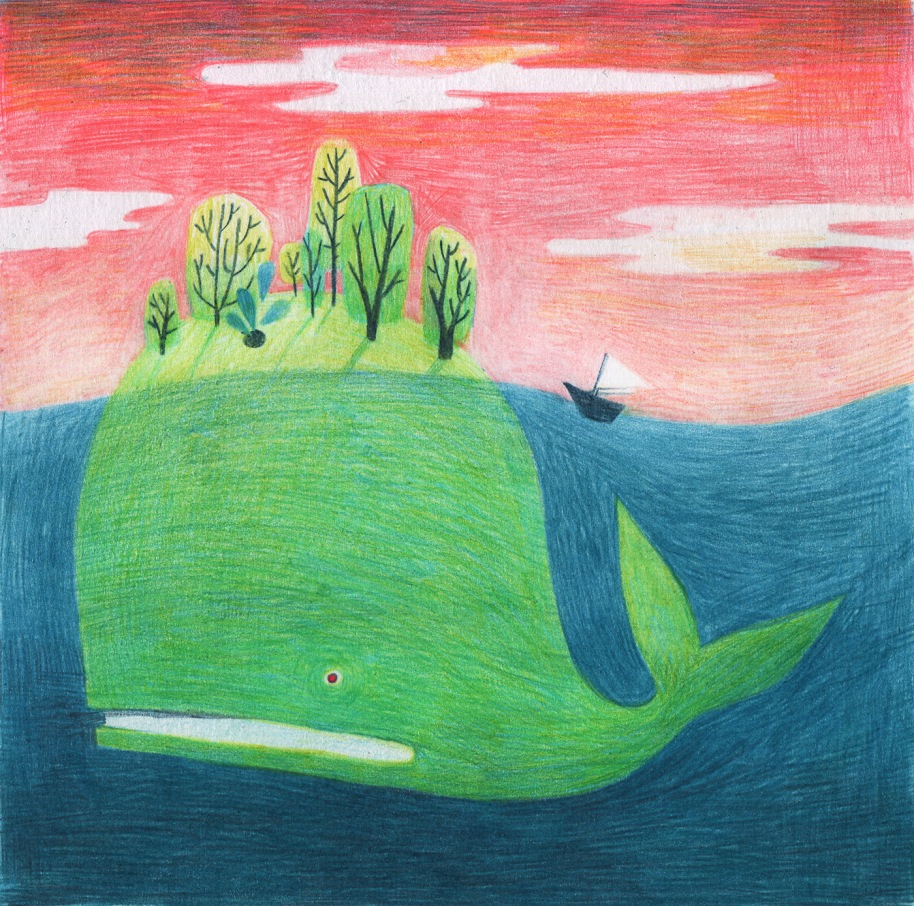 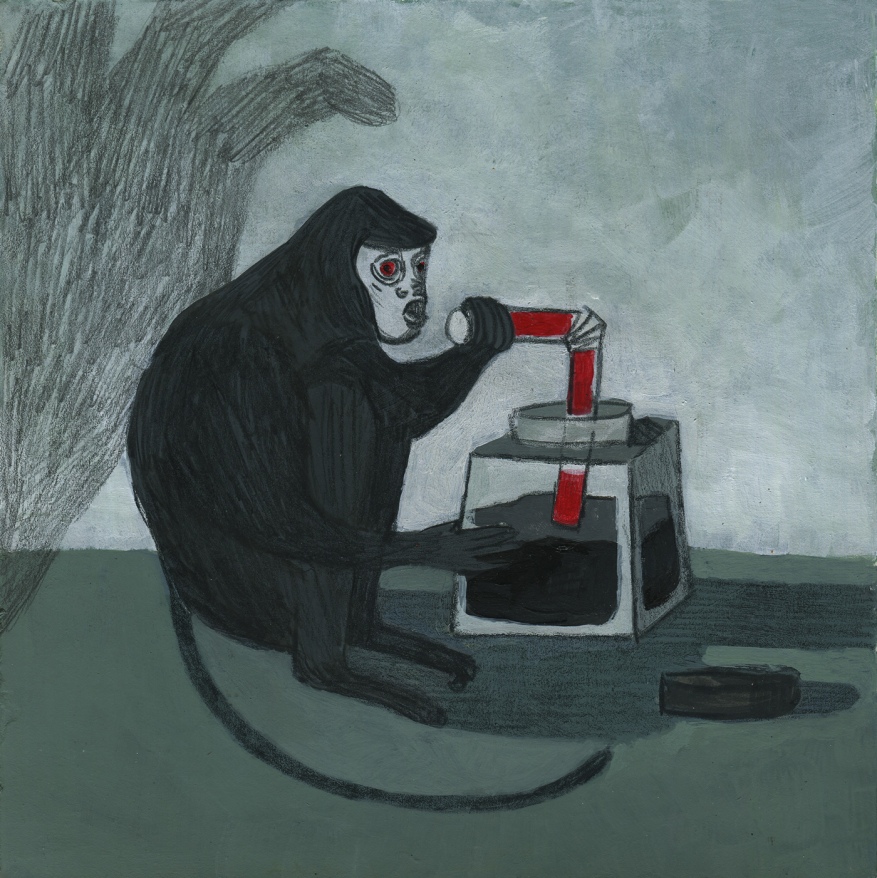