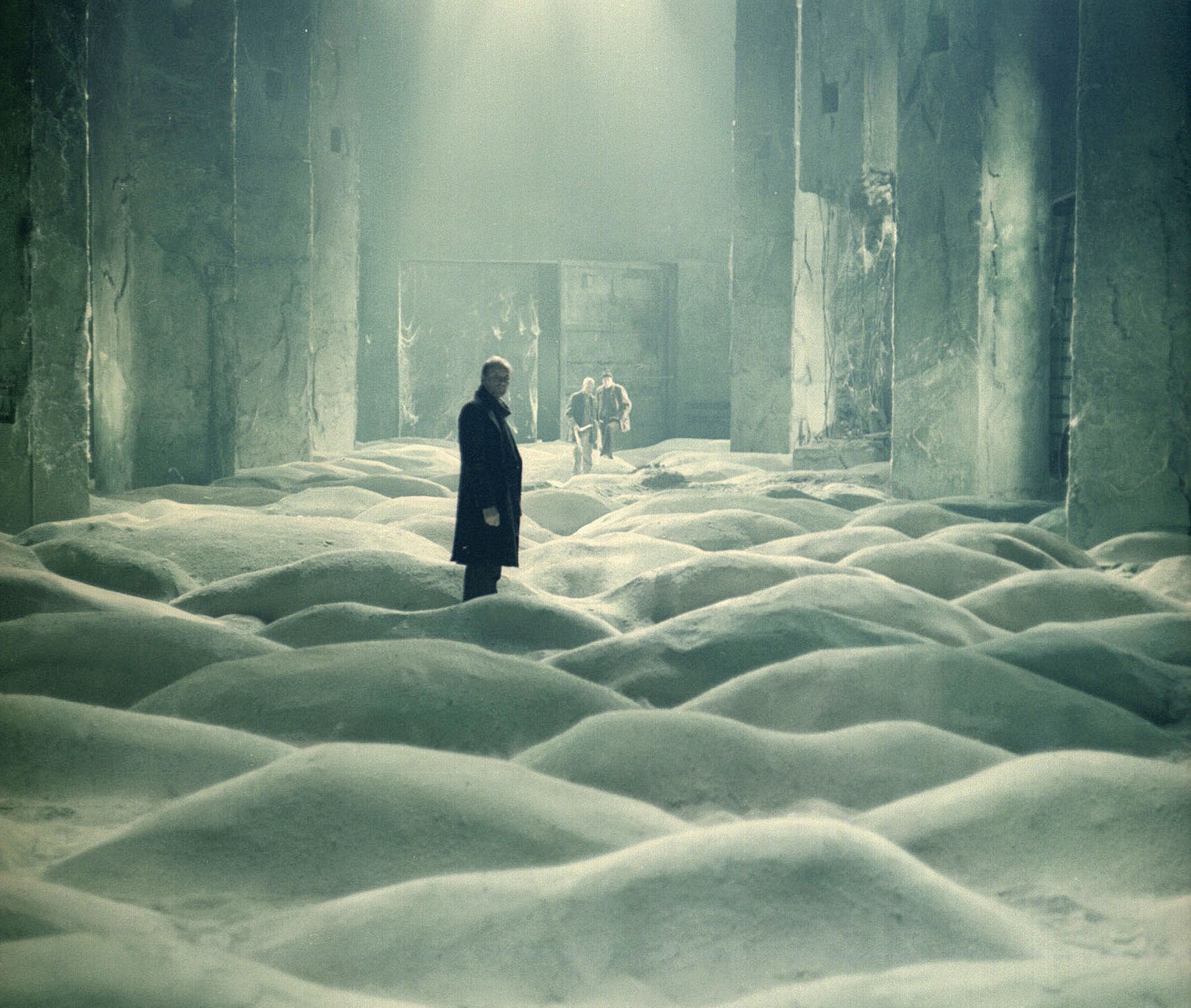 “Tarkovsky for me is the greatest (director), the one who invented a new language, true to the nature of film, as it captures life as a reflection, life as a dream,” said the acclaimed Swedish filmmaker Ingmar Bergman (1918-2007) of the legendary Andrei Arsenyevich Tarkovsky. Born in 1932 in the village of Zavrazhye in western Russia to poet Arseny Tarkovsky and his wife Maria, Andrei Tarkovsky attended the State Institute of Cinematography in Moscow. He made a total of seven feature films: Ivan’s Childhood (1962), Andrei Rublev (1966), Solaris (1972), The Mirror (1975), Stalker (1979), Nostalghia (1983) and The Sacrifice (1986) – the last two being produced in Italy and Sweden, respectively. Tarkovsky died in Paris in December 1986 at the age of 54.

All unabashedly poetic, Tarkovsky’s films encompassed a range of themes, among them, religion and spirituality, science fiction, the artistic enterprise, politics and war, human memory and desire. They were pure pieces of storytelling, untainted by concerns regarding immediate commercial viability. In them, a generous use of natural elements – wind, water, fire – and the practice of long, slow takes came together to create imagery that continues to enthrall and enchant film buffs all over the world.

In 1986, Tarkovsky published his Sculpting in Time, a dense and delightful work that is part film theory, part cultural criticism and part philosophy of life. What are the determining factors of cinema, and what emerges from them? What are its potential, means, images—not only formally, but even spiritually? – asked the renowned filmmaker. His explanation:

For the first time in the history of the arts, in the history of culture, man found the means to take an impression of time. And simultaneously the possibility of reproducing that time on screen as often as he wanted, to repeat it and go back to it. He acquired a matrix for actual time. Once seen and recorded, time could now be preserved in metal boxes over a long period (theoretically for ever).

What is the essence of the director’s work? Tarkovsky continued. His answer:

We could define it as sculpting in time. Just as a sculptor takes a lump of marble, and, inwardly conscious of the features of his finished piece, removes everything that is not part of it—so the film-maker, from a ‘lump of time’ made up of an enormous, solid cluster of living facts, cuts off and discards whatever he does not need, leaving only what is to be an element of the finished film, what will prove to be integral to the cinematic image.

That was cinema, what about “art” in general? Tarkovsky considered art to be a yearning for the ideal. He wrote:

…art, like science, is a means of assimilating the world, an instrument for knowing it in the course of man’s journey towards what is called ‘absolute truth’.

In our relativistic post-modern world, his words are challenging and provocative. Towards the end of the book, he mentioned that he saw an undeniable link between civilisational decay and a preoccupation with materialism:

Why, as we look back, do we see the path of human history punctuated by cataclysms and disasters? What really happened to those civilisations? Why did they run out of breath, lack the will to live, lose their moral strength? Surely one cannot believe that it all happened simply from material shortages? Such a suggestion seems to me grotesque. Moreover I am convinced that we now find ourselves on the point of destroying another civilisation entirely as a result of failing to take account of the spiritual side of the historical process. We don’t want to admit to ourselves that many of the misfortunes besetting humanity are the result of our having become unforgivably, culpably, hopelessly materialistic.

I leave you with a brilliant video essay on Tarkovsky put together by Lewis Bond, a young English filmmaker who runs the terrific “Channel Criswell” on YouTube:

You can watch five of Tarkovsky’s movies online (via Open Culture):

10 thoughts on “Sculpting in Time”