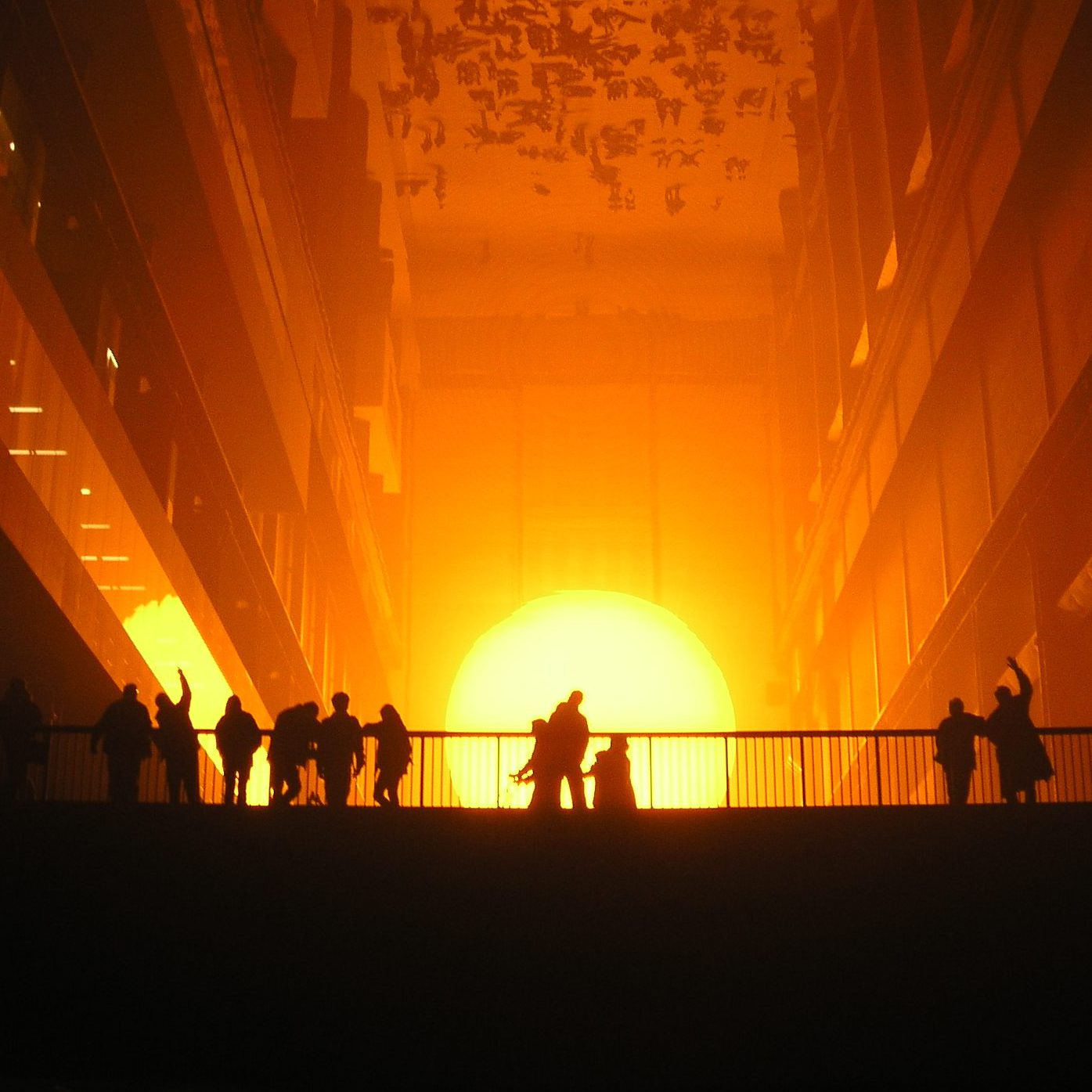 Defined on the Tate (a set of museums displaying largely modern/contemporary art in the UK) website as “mixed‑media constructions or assemblages usually designed for a specific place and for a temporary period of time”, installation art is a genre of creative practice that has increasingly become popular over the past three decades or so. Installed artworks are three‑dimensional, can operate in exterior or interior sites and tend to transform the audience’s experience of a particular surrounding or perception of a certain space. They can contain any combination of materials and components – audio, sculpture, theatrical performance, video, internet, immersive virtual reality, among others.

One of the chief practitioners of this new and exciting form of art is the Danish‑Icelandic artist Olafur Eliasson (born 1967). An alumnus of the Royal Danish College of Fine Arts and currently professor at Universität der Künste Berlin, Eliasson has, since 1995, operated a studio (“his laboratory for spatial research”) in Berlin. And over the years he has created waterfalls in New York, dyed rivers around the world fluorescent green and experimented with light, colour, glass and water in numerous rooms and corridors. He is most famous, though, for his ambitious and innovative 2003 work called The Weather Project installed in the Turbine Hall (five storeys tall with 3,400 square metres of floorspace) in Tate Modern in London – part of a series of exhibitions sponsored by Unilever between 2000 and 2012.

The project, which ran for six months and reportedly attracted two million visitors, consisted of  monofrequency lights, projection foil, haze machines, mirror foil, aluminium and scaffolding. Members of the audience could walk through a space permeated with a mist of sugar and water, lit by a huge yellow-orange disc. They could see themselves as tiny dark figures reflected on the ceiling‑mirror above. The Weather Project is a contemporary evocation of “the sublime” – the quality of grandeur inspiring awe and even terror – that each artistic period has tried to represent in its own creative way. [See The Art of the Sublime research project on Tate for more information.]

Weather has been a subject of everyday human conversation since time immemorial. The English writer Samuel Johnson (1709‑1784) was known to have remarked: ‘It is commonly observed, that when two Englishmen meet, their first talk is of the weather; they are in haste to tell each other, what each must already know, that it is hot or cold, bright or cloudy, windy or calm.’ For Eliasson, weather is “one of the few fundamental encounters with nature that can still be experienced in the city.” He has said:

Every city mediates its own weather. As inhabitants, we have grown accustomed to the weather as mediated by the city. This takes place in numerous ways, on various collective levels ranging from hyper‑mediated (or representational) experiences, such as the television weather forecast, to more direct and tangible experiences, like simply getting wet while walking down the street on a rainy day. A level between the two extremes would be sitting inside, looking out of a window onto a sunny or rainy street. The window, as the boundary of one’s tactile engagement with the outside, mediates one’s experience of the exterior weather accordingly.

Through The Weather Project, Eliasson attemped to bring a portion of London into the museum building and wished that the viewer would carry the artwork back to the city by way of the experience afforded.

That would be a surface‑level description of the installation. This work – and Eliasson’s other experiments – it is worth noting, are underpinned by a deeper, richer philosophy. Why is he so interested in making people participate, giving people such a strong experience of dimension through his artworks? Because he wants to establish a sense of “community”, “of being together”, “of democracy”. [See his TED talk “Playing with Space and Light” from 2009.] Eliasson wants to overcome the polarised dichotomy of “individuality” and “collectivity” that sullies the political agendas of our world. He is dedicated, through his creative and cultural efforts, to developing spaces in which individual personalities can be maintained alongside an orientation towards collective identity.

From Margin to Center: The Spaces of Installation Art (2001) by Julie H. Reiss

7 thoughts on “The Weather Project”