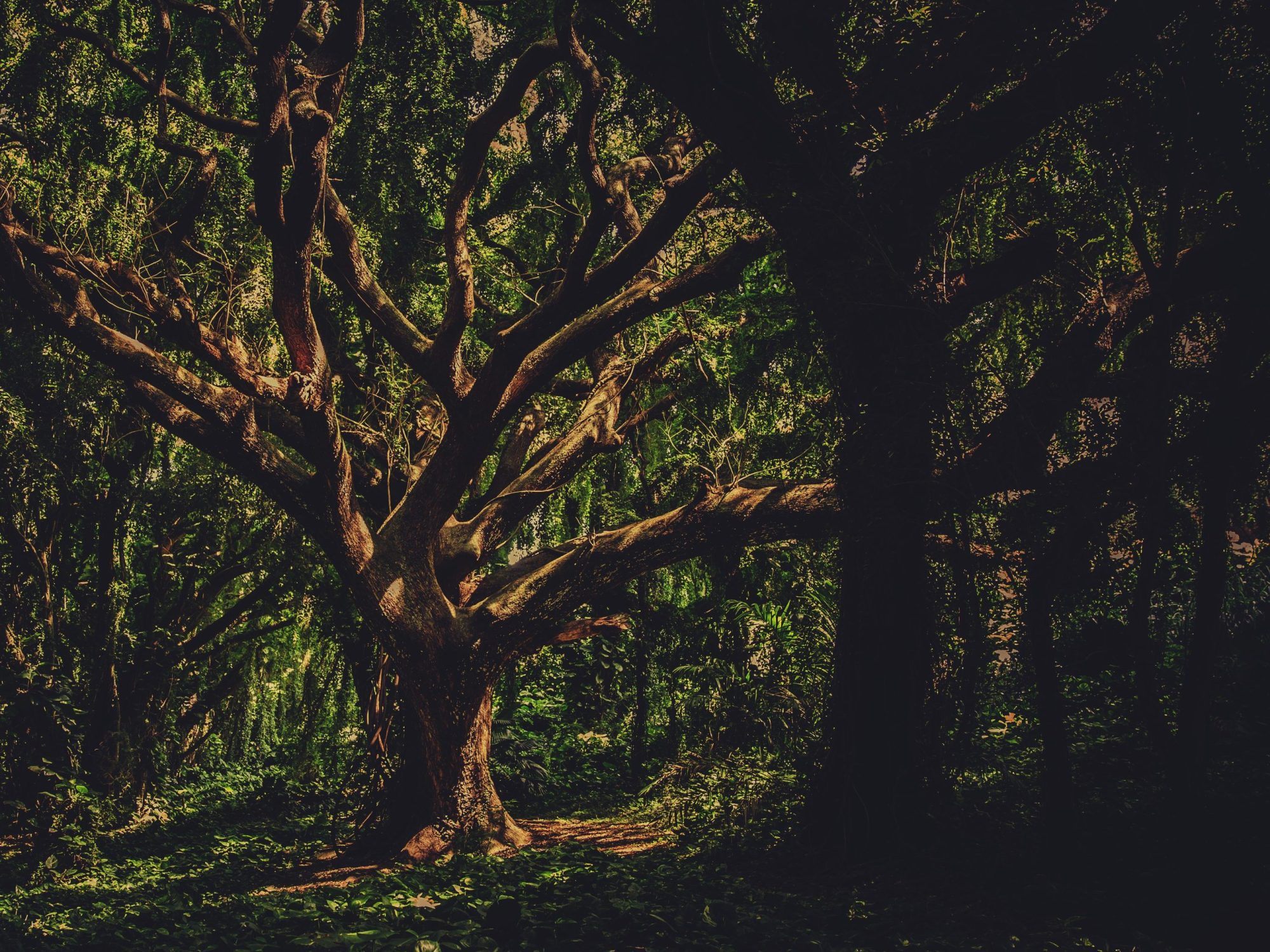 I like Hitchcock’s Birds (1963) and also Guillermo del Toro’s Pan’s Labyrinth (2006) – which is why I picked up The Trees (it has been compared to both these excellent films). The author is Oxford-based Ali Shaw (@Ali_Shaw), who grew up in Dorset and studied Literature and Creative Writing at Lancaster University. His previous novels are The Girl with Glass Feet (2009) and The Man Who Rained (2012).

The Trees – something of a fairytale for adults – opens in an English town that has been invaded one night – by, well, the trees. They’ve made their way into human settlements rapidly, knocking cars, blasting walls, breaking bodies. At the centre of these strange and frightening course of events is Adrien Thomas – a lazy, balding, overweight forty-something former teacher whose smart and successful wife Michelle is away in Ireland with her handsome supervisor Roland.

Alone and adrift, Adrien runs into Hannah – a lover of the woods since childhood – and her teenage son Seb. Together, they go deeper into the forest – the “proper” forest that is clear of the junk of civilisation. Hannah is in search of her forester brother Zach, and Adrien joins in the hope of somehow being able to reach Michelle. The party soon meets Hiroko, a young Japanese girl, something of a warrior, with whom Seb gradually begins a relationship. Other human characters come along, both appealing and threatening. And so do the “whisperers”, mysterious forces inhabiting the complexity of twigs and leaves and trunks and branches. It is Adrien who gets particularly attuned to their presence and activity. He is almost beckoned by them – into the greenery and the ground, taken to a vantage point from where he can behold bewildering magnificence. Finally, he is compelled to alter his very conception of himself.

On the surface, The Trees is an exciting adventure story but it has a deeper philosophical core that shines a mirror to the confusions of our contemporary society. There are several characters who are skeptical of a higher power, of a transcendent reality – all they are left with is a materialist view of the universe, and the earth. It is like Forest Law is all, all is Forest Law (think of social Darwinism). The fundamental quality of the environment and human society, it seems, is just blind, unthinking aggression. The people in the novel come up with lines like “justice is only ever the deferral of force onto some other man’s shoulders” and “nature is just a kind of mindless flow of killings”. In the end, such dark observations are not totally resolved through any protracted rational discourse rather they are, I would say, somewhat “redeemed” by the grandeur of flora and fauna itself – by visions of growth, of new beginnings. Something I appreciated.

A good novel, all in all. Loved the human-nature interactions in it. Where the author could have worked a bit more, I believe, is the area of human-human conflicts and attachments.

Here’s a part of the book that really stood out for me – I myself have a phobia of domestic chores and am very disturbed by the fact that so much of our existence is just consumed by exhausting repetitive acts of maintenance – cleaning, washing, wiping, polishing…

He could remember Michelle comforting him in the rain, in their front garden, after one of the first almighty rows of their marriages. That one had started because of dirty dishes. Michelle had found him knelt on the kitchen floor one rainy November evening, with the washing-up sponge clenched so tightly in his fist that a puddle of soapy water had formed on the lino beneath it. ‘Adrien,’ she’d asked, ‘what on earth?’ and he’d stabbed a finger in the direction of the grimy cups and plates in the sink and tried to explain that the constant wiping clean and resoiling of the crockery had come to seem to him, on that terrible evening, like the embodiment of life’s futile struggle.

‘That’s really silly,’ Michelle had said, and although he’d known she meant it kindly he’d received it as mockery. He’d said something spiteful and she’d defended herself, then before he knew it he was storming out of the house and deciding to leave her for her own sake, to save her from him. The rain, however, had been pelting, and Adrien had been wearing only the shirt he’d left in. He’d stood in the garden getting soaked, agonising over the indignity of returning for a waterproof.

‘Why do you do this?’ Michelle had asked when, ten minutes later, she’d come out under an umbrella to find him. ‘It can’t really be because of dirty dishes.’

‘Little things overwhelm you. Sometimes it’s as if everything overwhelms you.’

‘You’re right,’ he’d said, wiping tears and rainwater alike from his cheeks. ‘But in those times the world just seems so damned formidable.’