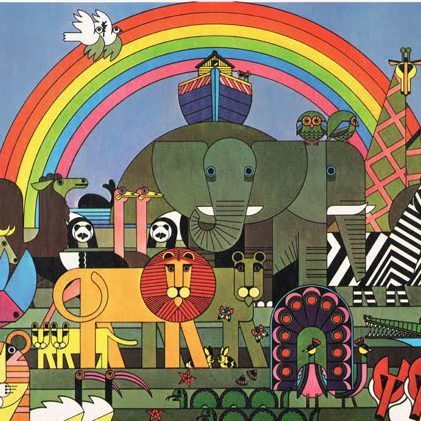 A prodigy who made his concert debut at the age of 10, the French Romantic composer and conductor Charles-Camille Saint-Saëns (1835-1921) studied music at the Paris Conservatory (founded in 1795) and after a career as a church organist and teacher, shot to international fame in the 1880s. He was, in the words of the prolific Hungarian composer Franz Liszt (1811-1886), “the world’s greatest organist”.

An avid traveller, Saint-Saëns wrote his famous musical suite The Carnival of the Animals (Le carnaval des animaux) while on vacation in Austria in 1886. It is said that Saint-Saëns believed that the humorous fantasy score – which was meant for a small orchestra of two pianos, two violins, viola, cello, bass, flute, clarinet, harmonium, xylophone and celeste – was too frivolous to be published during his lifetime. For this reason, he only gave private performances of the suite to close friends.

The Carnival of the Animals (about 25 minutes long) consists of fourteen movements and a finale:

Many of these pieces have been widely used in films and video games, particularly “Aquarium”.

In the book Camille Saint-Saëns: A Life, biographer Brian Rees explains in depth, getting a little technical:

The fourteen short movements which comprise Carnival are remarkably varied. In the ‘March of the Lion’, Saint-Saëns specified ‘style persan’ [persan is ‘Persian’ in French] as leonine roars shared the Dorian mode with parts of the Mélodies persanes [another work of Saint-Saëns’]; the ‘Poules et Coqs’ followed the examples of Rameau and other bird noise experts, ‘Hermiones’ employed rapid piano runs to suggest the wild gallops of this somewhat untraceable species, the ‘Tortoises’, represented by the Galop from Offenbach‘s Orpheus in the Underworld played adagio, continue on their obstinate way oblivious to all harmonic obstacles and, in the manner of the fable, reach their goal. The ‘Elephant’ is pure parody with the double-bass lumpenly murdering Berlioz‘s ‘Dance of the Sylphs’, with allusions to Mendelssohn and Meyerbeer‘s Les Patineurs thrown in. The ‘Aquarium’ is a highly impressionistic piece with its mixture of celeste, piano and violin sounds, which even Debussy might have thought adventurous. The ‘large-eared’ asses make braying sounds but poetry returns with the ‘Cuckoo’, where string passages suggest limitless forests from whose depths the solitary cuckoo sounds. Flutes, as custom dictates, people the aviary and then, surprisingly, come the ‘Pianists’ practising Czerny-like exercises and reminding the listeners that, for a composer, piano players in a neighbouring apartment are troublesome beasts. The fossils are both real and metaphorical: skeletons from the Danse Macabre [another famous piece by Saint-Saëns’] jostle with musical relics, which include a Rossini aria and songs such as ‘J’ai du bon tabac’. Another change of mood introduces ‘The Swan’, where the lines of the melody suggest the graceful contours of the swan’s neck, which, despite its many versions, is best heard as the cello solo, while the two pianos magically suggest the ripples and water-drops of river foliage through which the majestic creature glides. The Finale harks back to the mood of the Second Empire, a ‘carnival’ in its way, and various figures from the bestiary join in a ‘can-can’ romp. The suite displayed his interest in new instruments, for it was in 1886 that the celeste was first displayed by Alphonse Mustel.

Here is a near-perfect rendition of the Carnival by London-based Royal Philharmonic Orchestra. Those of you who can read music will love this!

In 1949, the American poet Ogden Nash (1902–1971) wrote a set of funny verses to accompany each movement for a Columbia Masterworks recording of the Carnival of the Animals. Here are they –

Sometime in the 1970s, a Looney Tunes episode was released with Daffy and Bugs playing the score and reciting the verses too:

2 thoughts on “The Carnival of the Animals”