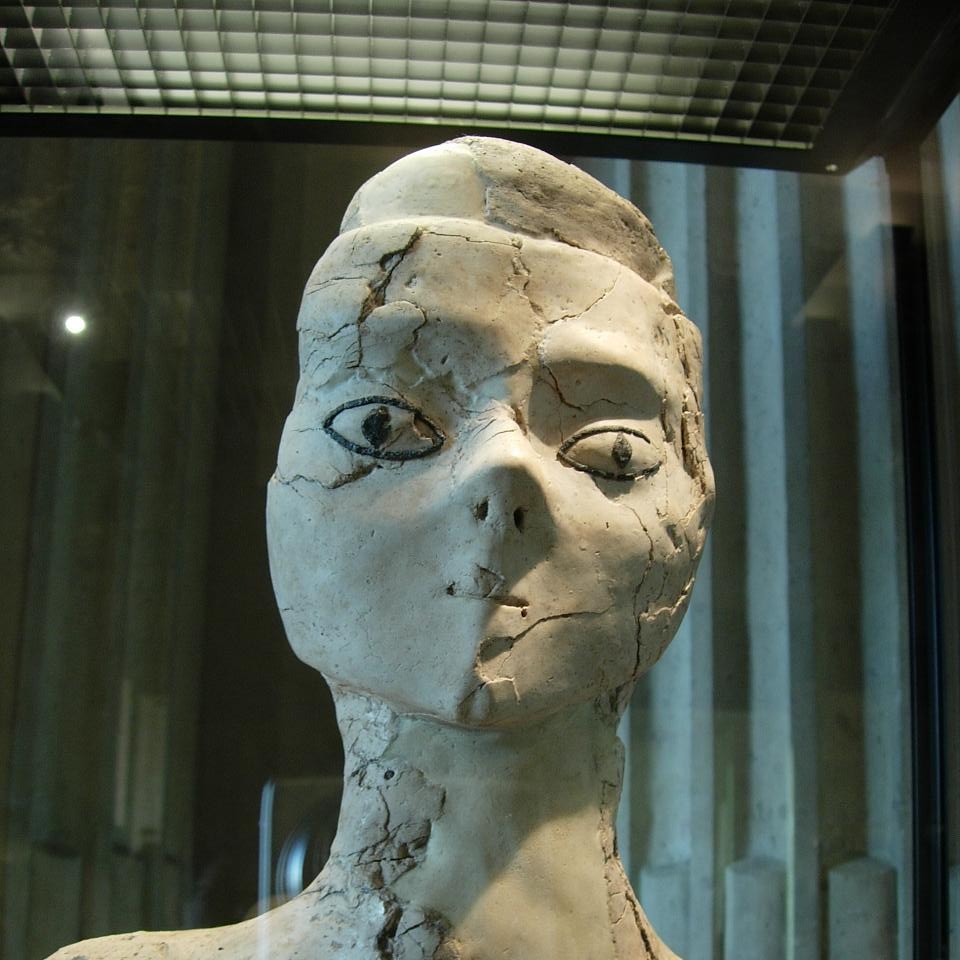 ‘Ain Ghazal is a site of archaeological significance dating back to the Neolithic period on the outskirts of Amman, the capital of Jordan. Occupied from around 7200 to 5000 BC, ‘Ain Ghazal began as an aceramic (without pottery) village of modest size. It was an early farming community that cultivated cereals, legumens and chickpeas in fields near the village and domesticated goats. The people of the area also continued hunting wild animals such as deer, gazelle and fox.

The most striking finds of the site are two caches dating back to 6500 BC containing a total of three dozen plaster statuettes and busts, some of them with two heads. The sculptures are believed to have been ritually buried. They are composed of white plaster over a core of reeds and twine. Black bitumen is used for the eyes. The technique behind these statuettes is quite sophisticated compared to older paleolithic figurines (like the Venus of Willendorf, Austria and the Lion man of the Hohlenstein Stadel, Germany). The ‘Ain Ghazal statuettes mark the beginning of monumental sculpture in Mesopotamia. [Fred S. Kleiner in Gardner’s Art through the Ages: The Western Perspective, Volume 1 (14th ed., 2013)]

Watch a video on the sculptures from the Smithsonian: